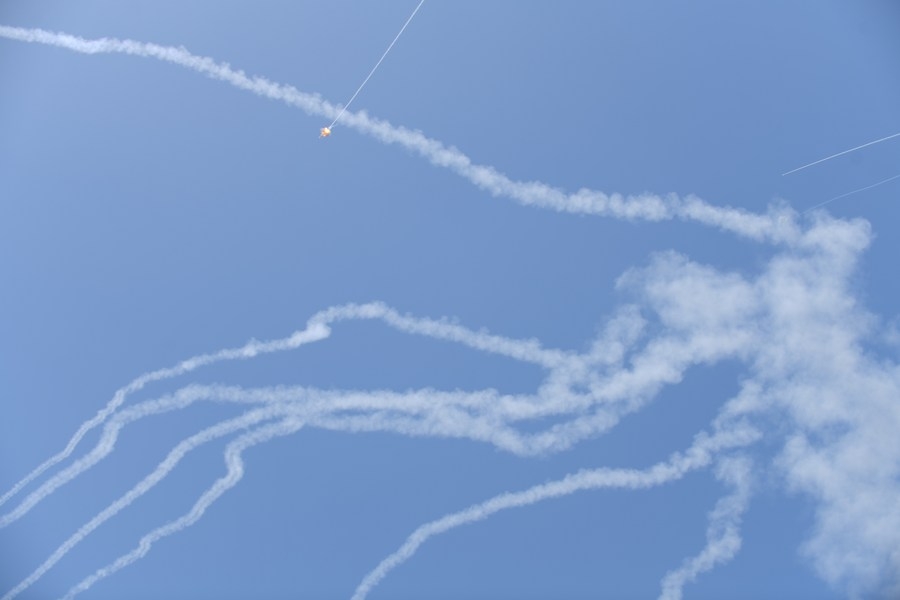 Jerusalem : A rocket was fired from the Gaza Strip towards Israel but was intercepted, a military spokesperson said.

“One rocket was fired from the Gaza Strip into Israeli territory on Sunday evening. The rocket was intercepted by the Iron Dome Air Defense System,” Xinhua news agency quoted the spokesperson as saying.

The rocket triggered sirens in the southern city of Sderot and the area near the coastal Palestinian enclave.

No group immediately assumed responsibility for the attack.

Militants in Gaza also fired rockets at southern Israel on September 10-11, while Israel carried out nightly airstrikes against Hamas sites, saying the strikes were in response.

The rockets came after Israeli security forces captured over the weekend four out of six Palestinian prisoners who escaped from a jail in northern Israel.

Also on Sunday, the UN Middle East envoy said in a statement that the organization will start to distribute financial aid to thousands of poor families in Gaza under a Qatari-financed plan.

Prime Minister Naftali Bennett announced on Sunday that under a revised plan, most of the aid will be distributed in vouchers, not in cash.

According to Bennett, the new plan will ensure the aid reaches those in need, bypassing Hamas.