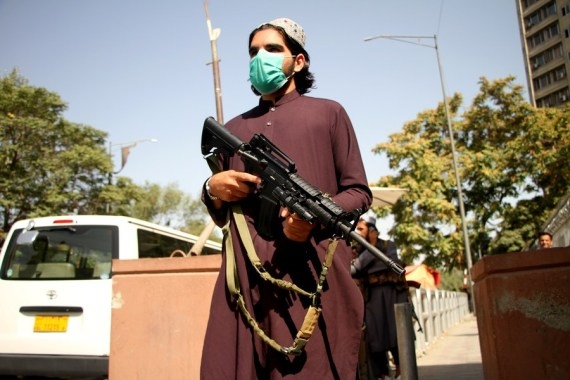 Paris : France has set conditions for the recognition of the Taliban as the new rulers of Afghanistan, a spokesman for the Foreign Ministry in Paris said, adding that “we expect deeds, not words”.

“We are working to form the largest possible international consensus on this subject in cooperation with our partners,” Xinhua news agency quoted the spokesman as saying on Monday.

The country’s Minister for Europe and Foreign Affairs Jean-Yves Le Drian had set five conditions for the recognition of the Taliban government: respect for humanitarian law to allow some Afghans to leave the country; clarity vis-a-vis terrorist movements; respect for rights, particularly of women; acceptance of humanitarian aid on Afghan territory; and the constitution of an inclusive government.

Commenting on the virtual meeting of Foreign Ministers from several countries to discuss their next steps in Afghanistan, the spokesman said that “our common objective is to guarantee the continuation of the humanitarian evacuations of all women and men threatened because of their commitments and who still wish to leave the country by all possible means and in particular by the rapid, safe and secure reopening of Kabul airport”.

“This is the meaning of the meetings being held today within the G7 and in the UN Security Council, where we are carrying a resolution to this end with the US, Germany and the UK,” he said.

President Emmanuel Macron told journalists on Sunday that Paris and London would present a draft resolution for the creation of a “safe zone under UN control” in the Afghan capital Kabul to allow humanitarian operations to continue.

France had evacuated some 3,000 people from Afghanistan before its operation ended ON aUGUST 27.