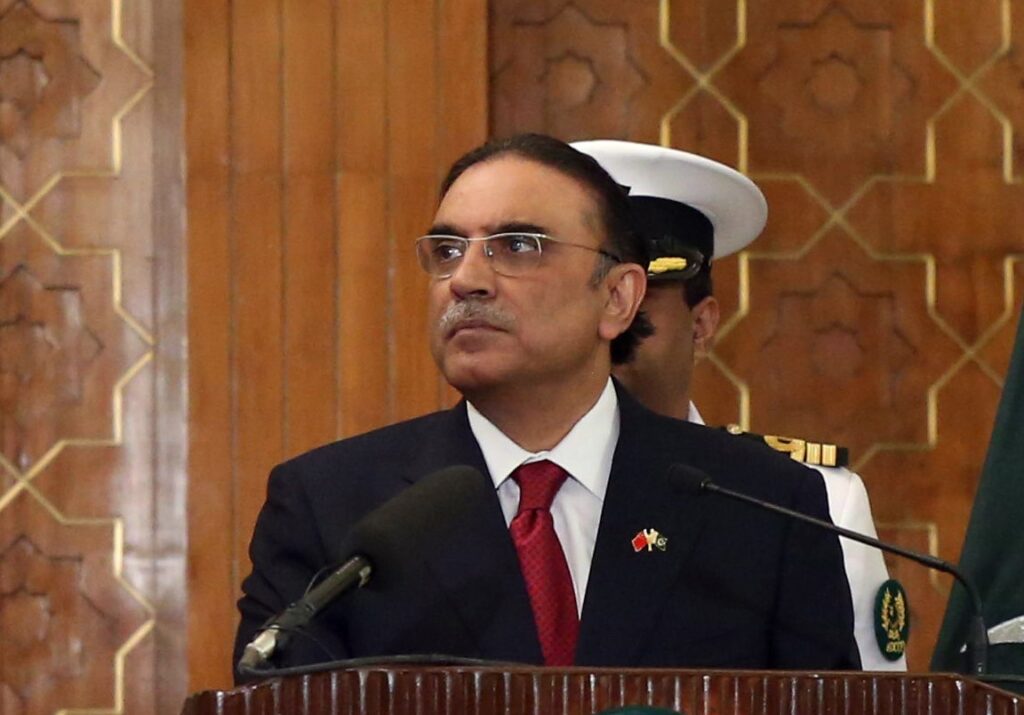 Karachi,  Former Pakistani President and Pakistan Peoples Party (PPP) co-chairperson Asif Ali Zardari has been admitted to a private hospital in Karachi due to “exertion and exhaustion” caused by his frequent travelling of late, the party’s Information Secretary Shazia Atta Marri said.

Marri tweeted that Zardari suffered exertion and exhaustion from “travelling for court appearances and budget session” that concluded two days ago.

Zardari was in Lahore for a week and had left for Islamabad on June 26 after his reported attempts in vain to woo electables from Punjab, the Dawn reported.

The accountability court had on June 14 summoned Zardari and his alleged frontman Mushtaq Ahmed in a case related to a suspicious transaction of Rs 8.3 billion from Bahria Town’s account.

According to the NAB reference, Zardari built his palatial house in Clifton with ill-gotten money as he could not provide proof of his claim that he had purchased the house through legal means.

In January, the Islamabad High Court had constituted a medical board to ascertain the health condition of Zardari, who had sought bail in a case related to suspicious transactions from the accounts of Bahria Town to fake accounts.

However in February, the IHC had granted bail to the former President after the commission filed its report.