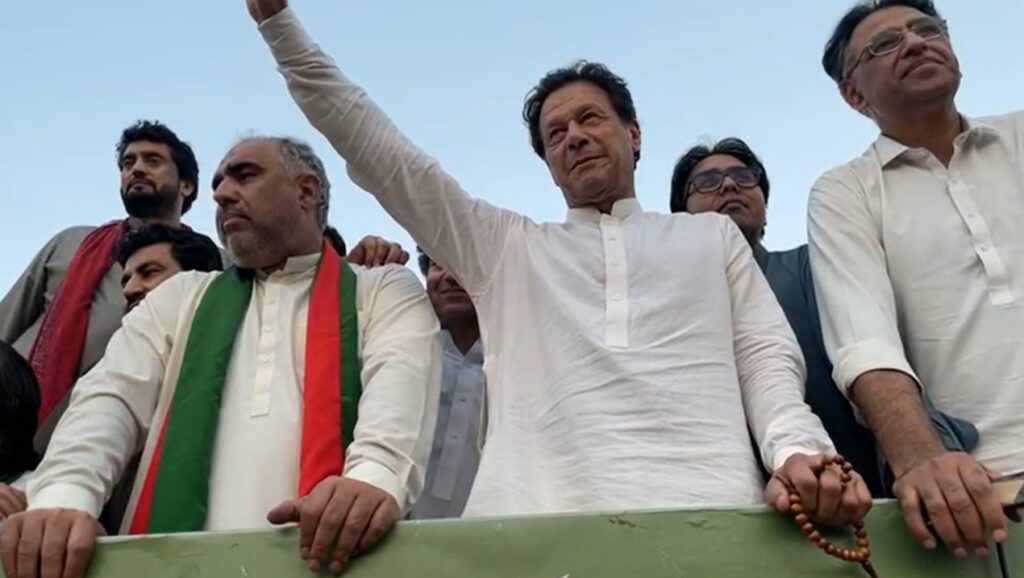 Islamabad : After disqualifying former Prime Minister Imran Khan in the Toshakhana case for making “false statements and incorrect declaration”, the Election Commission of Pakistan (ECP) is now gearing up to remove him as chairman of his political party, Pakistan Tehreek-e-Insaf (PTI).

Serving a notice to Khan to appear before the ECP on December 13, the Commission has decided to start proceedings into the case.

In light of Article 63 (1)(p) of the Constitution of Pakistan, that led to declaring Khan guilty of false statements and incorrect declarations in the Toshakhana case, the ECP maintains that the former premier cannot hold the position of his political party as well.

The development was also confirmed by the PTI, which insisted that “law does not place any bar on a convict from becoming an office-bearer of a political party”.

In 2018, the Supreme Court had ruled that any citizen disqualified under Article 62 and 63 of the Constitution could not head a political party as well.

This was the verdict that paved the way to remove former Prime Minister Nawaz Sharif from being President of his political party Pakistan Muslim League�Nawaz (PML-N) after he was ousted by the top court on corruption charges.

Now, with the ECP using the same reference to remove Khan, legal challenges seem to be towering over the PTI chair with eminent threats of his ouster from the political race during the next general elections.