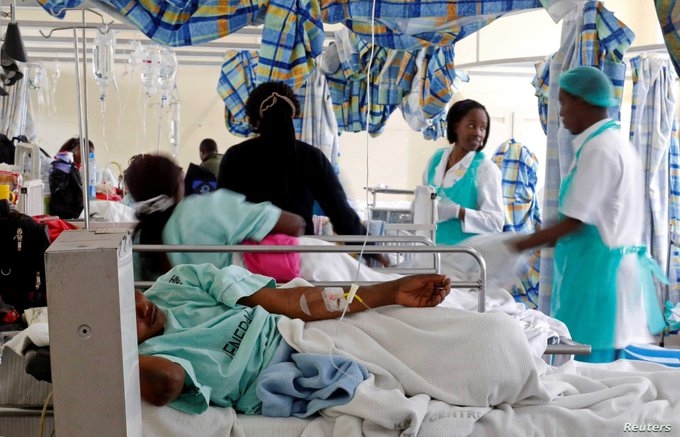 Lagos : A cholera outbreak in Nigeria has killed 2,791 people since its onset in January, the Nigeria Center for Disease Control (NCDC) reported on Wednesday.

There were 55 deaths out of 1,825 suspected new cases recorded in nine states during the September 13-19 period, Xinhua news agency reported, citing the NCDC.

It said 81,413 suspected cases were reported from 28 states and the federal capital territory since the onset of the outbreak.

Cholera is a highly virulent disease characterized in its most severe form by a sudden onset of acute watery diarrhea that can lead to death by severe dehydration.

Cholera outbreaks occur in Nigeria annually, mostly during the rainy season and more often in poor, over-crowded areas with poor sanitation and lack of clean food and water.