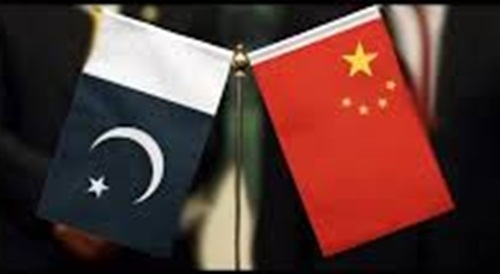 Islamabad : Chairman of Pakistan’s Senate Standing Committee on Planning Salim Mandviwala recently said the Chinese Ambassador and companies had complained about the slow pace of work on the China-Pakistan Economic Corridor (CPEC) projects. “They are crying. Chinese Ambassador has complained to me that you (Pakistan) have destroyed the CPEC and no work was done in the past three years,” he disclosed.

Chinese are very angry with the present dispensation of Pakistan led by Imran Khan. Out of 77 CPEC projects in the country, just 15 could be completed since it was started in 2015, according to media reports. Even Pakistan’s Planning and Development Minister Asad Omar accepted the fact that Pakistan could complete the only first phase of the CPEC and is entering into the second phase.

In a hurriedly-called press conference recently to dispel the impression of slowing down CPEC, the Minister claimed the major work on the corridor projects had been completed during the tenure of the current PTI government. However, Umar observed that security threats had increased in the country because of opposition by international powers to the CPEC and the latest situation in Afghanistan.

“Security threat is elevated,” he said adding that no doubt development on the CPEC was looked upon with aversion by big global powers who wanted to sow dissension in the country. The challenges are also there because of the uncertain Afghan situation.

“So there are not only security challenges, but these are at an elevated level,” he quipped.

The CPEC is a part of China’s most ambitious project Belt and Road Initiative (BRI), aimed at renewing the country’s historic trade routes in the coastal countries of southeast Asia. In 2015, China announced the ‘China Pakistan Economic Corridor’ (CPEC) project which is worth over $60 billion. With the CPEC, Beijing aims to expand its influence in Pakistan and across Central and South Asia to counter the influence of the US and India.

The CPEC would link Pakistan’s southern Gwadar port (626 kilometres west of Karachi) in Balochistan on the Arabian Sea to China’s western Xinjiang region. It also includes plans to create road, rail, and oil pipeline links to improve connectivity between China and the Middle East. The CPEC is part of the BRI initiative has been introduced as a geo-strategy of China to get control on the Indian Ocean Region (IOR), expand access to the Middle East and Central Asian Region, and most particularly to encircle India and its energy supplies.

However, the issues of corruption, security costs and debt-related stress of Pakistan have increasingly affected the Chinese stance and made it reluctant from investing in the CPEC which has affected the all-weather friendship of China-Pakistan.

On July 14, nine Chinese workers were killed in Dasu, in northern Pakistan’s Khyber-Pakhtunkhwa. The blast took place on a bus carrying Chinese and Pakistani workers to the site of a hydroelectric dam being built by China as part of the CPEC. Work on the project has been suspended since the blast, and Islamabad has been at great pains to reassure Beijing of the safety and security of its projects in Pakistan.

Moreover, many Chinese nationals working for CPEC projects across Pakistan have been attacked recently.

The growing mistrust between China and Pakistan over the implementation of projects make these flagship initiatives into the doldrums as China is reluctant from investing in the second phase of the CPEC construction projects. There are multiple reasons for the eroding Chinese investment such as the increasing debt burden of Pakistan, corruption of the CPEC authority and Chinese companies residing in Pakistan, attempts to expand military control in the Pakistan government over the CPEC projects, and finally, the worsening security scenario in the country where the Chinese projects are being targeted by the elements opposed to Chinese investment in the country.