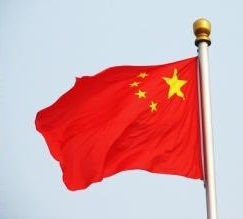 While expressing concern over the enforced disappearance of Gyatso and detention of Tsultrim, the UN Working Group on Enforced or Involuntary Disappearances, Working Group on Arbitrary Detention, Special Rapporteur on minority issues and Special Rapporteur on freedom of religion or belief have jointly called China to provide information about the whereabouts of Gyatso “urgently”.

They also asked legal grounds for the arrest, detention, and sentencing of Tsultrim in the communication transmitted to China.

The UN experts have further raised that “these detentions are not isolated events”, but reflect a systemic pattern of arbitrary and incommunicado detentions, closed trials, and unknown charges and verdicts against Tibetans by the Chinese authorities.

According to a CTA post, the experts also expressed concern that individuals have been targeted based on religion and ethnicity by China.

Gyatso was arrested at Chengdu in Sichuan Province on October 26, 2020, since then his well-being and whereabouts remain unknown.

He has to his credit several books on Tibetan philosophy and culture and the monastic education system.

He was previously detained by the Chinese authorities in 1998 and in 2008.

Tsultrim, a monk from Nangshing monastery, was held in incommunicado detention since he was arbitrarily arrested by Chinese officials of Ngaba Public Security Bureau on July 27, 2019.

It was only on March 23 information surfaced that he was sentenced to four and a half years in prison.

The information about the charges against him, the trial date, and the court where the trial took place continued to remain unknown, said the CTA, which is based in this northern Indian hill town.