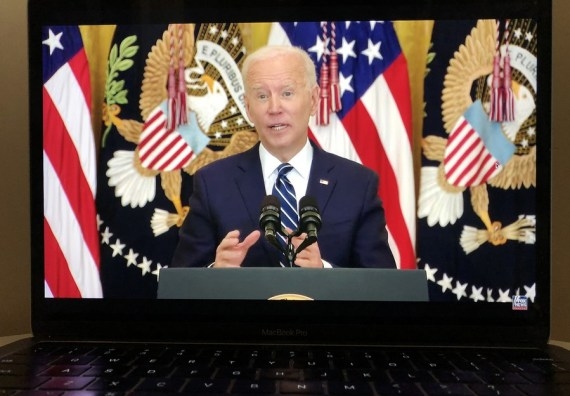 Washington, During a phone call, US President Joe Biden has told Israeli Prime Minister Benjamin Netanyahu that he expected “a significant de-escalation” of the ongoing violence in the Gaza Strip, the White House said.

“The President conveyed to the Prime Minister that he expected a significant de-escalation today on the path to a ceasefire,” Xinhua news agency quoted the White House as saying in reference to the call on Wednesday.

“The two leaders had a detailed discussion on the state of events in Gaza, Israel’s progress in degrading the capabilities of Hamas and other terrorist elements, and ongoing diplomatic efforts by regional governments and the US,” it said.

The call has been the fourth between Biden and Netanyahu since the crisis began on May 1.

It also came amid increasing pressure at home and abroad on the Biden administration to urge a halt of violence between the Israeli forces and Palestinian militants in Gaza.

A group of Democratic senators issued a joint statement last week urging an immediate ceasefire to prevent further loss of civilian life in the ongoing conflict.

According to the latest data by the UN Office for the Coordination of Humanitarian Affairs (OCHA), 219 Palestinians, including 63 children, were killed in Gaza.

In the West Bank, 25 Palestinian deaths were tallied, including four children.

Thousands of people are injured, mainly in the West Bank and in Gaza

Militant groups fired barrages of rockets from the Gaza Strip at Israel, while Israeli fighter jets kept carrying out intensive airstrikes on buildings and infrastructure in the besieged enclave.