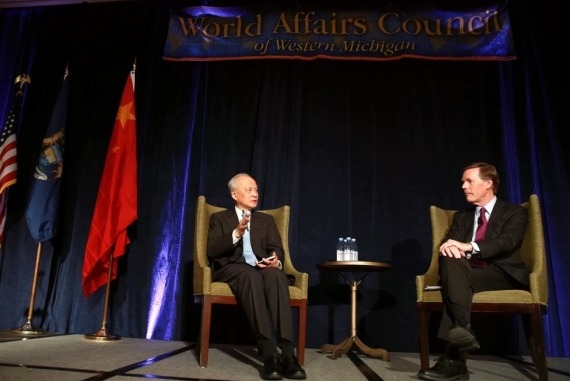 Washington : US President Joe Biden intends to nominate Nicholas Burns, a Harvard professor and veteran diplomat, to serve as the American Ambassador to China, the White House said.

He previously held senior positions in both Democratic and Republican administrations in his 27 years of government service and capped his career by serving as under secretary of state for political affairs from 2005 to 2008, the third-ranking official in the State Department.

He was US Ambassador to NATO from 2001 to 2005, and before that he served as State Department spokesman and envoy to Greece.

He also worked for National Security Council at the White House under then presidents George H.W. Bush and Bill Clinton, according to the State Department.

Unlike Burns, Emanuel is not a career diplomat.

A former Congressman from Illinois, Emanuel has close ties to several of the top figures in the Biden White House, including the current White House chief of staff, Ron Klain.