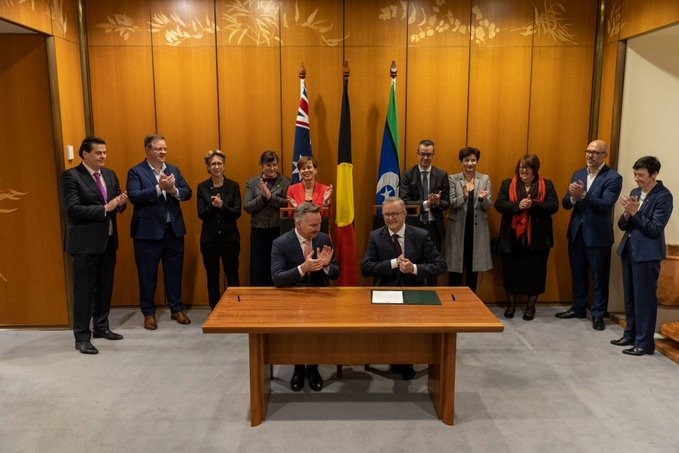 Canberra : The new Australian government has officially committed to reducing carbon emissions by 43 per cent from 2005 levels by 2030.

It means Australia is now committed to reducing emissions by 43 per cent by 2030 and reaching net-zero emissions by 2050 under the Paris Agreement.

It represents a more ambitious target than the 26-28 per cent reduction targeted by the former Coalition government.

Albanese told reporters in Canberra that the new target marked an end to the “climate wars” after years of debate on Australia’s climate policies under the previous government.

“This is economic reform, it’s substantial, but it will have an environmental benefit.”

The new target has been endorsed by business groups, unions, and conservationists.

Bowen said the government will use the policy to create more jobs, powered by clean renewable energy.

“We send a message to the workers in traditional industries, in traditional energy, that we’ll provide the framework for the jobs of the future,” he said.

“We’ll provide the framework for renewable energy for storage and transmission, creating hundreds of thousands of jobs across the country.”