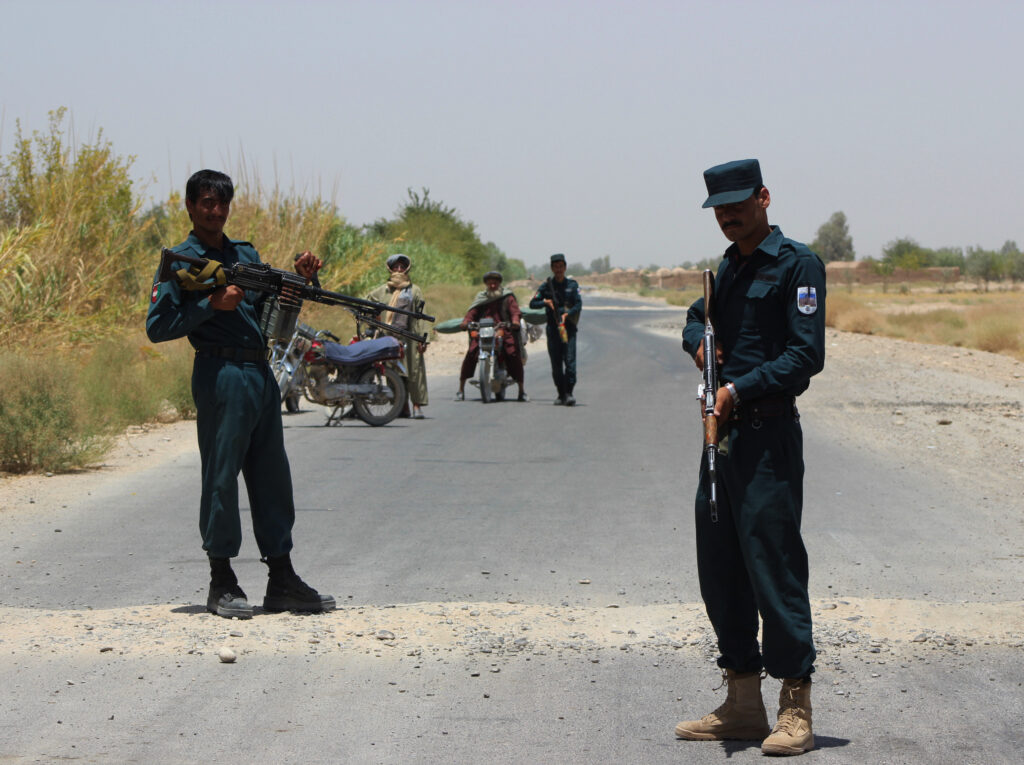 Kabul,  Eight Afghan policemen have been confirmed dead in an alleged insider attack at a police checkpoint in Lashkar Gah, the capital of the troubled Helmand province on Sunday.

The incident took place early Sunday when “a Taliban infiltrator disguised himself as a policeman” opened fire on the policemen inside the checkpoint in Qalai Bast area, killing eight on the spot, and escaped quickly, a top provincial official said.

In the meantime, Mohammad Zaman Hamdard, the spokesman for Helmand police has confirmed the incident but didn’t provide details, reports Xinhua news agency.

The fire exchange between the police and the Taliban rebels in Qalai Bast area inflicted casualties on both sides, he said.

The Taliban outfit, which is active in parts of Helmand province, is yet to make a comment.