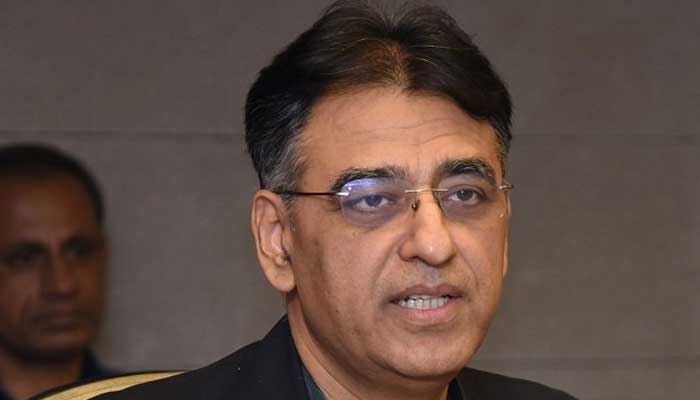 Islamabad, The number of critical care Covid-19 patients on oxygen in Pakistan currently is 57 per cent higher than it was in June last year, according to an update given by National Command and Operation Centre head Asad Umar on Friday.

In a series of tweets, the NCOC head gave a detailed explanation of the current status of oxygen production, supply and availability in Pakistan for coronavirus patients, the Geo TV reported.

He said the total number of critical care Covid-19 patients on oxygen has reached 5,360.

But Umar said that the “huge increase” has so far been managed because of proactive building capacity of the “entire system from oxygen production to beds.”

He then gave an update on the oxygen production increase in Pakistan and the number of oxygen cylinder imported last year.

“Despite there being more than 2,000 additional Covid-19 patients on oxygen vs last June peak, you have not seen the kind (of) tight supply situation we saw last June,” Umar wrote.

He said that the government is continuing to build capacity and the NCOC has decided to import 6,000 tonnes of oxygen, 5,000 cylinders and 20 cryogenic tanks.

But Umar warned that the challenge is not over. He reiterated the need to take precautions and follow coronavirus standard operating procedures.

“No system can cope if we allow the disease to spread rapidly. May Allah be with us and protect us,” he concluded.

Pakistan reported at least 131 more deaths from coronavirus in the last 24 hours, according to the latest statistics issued by the NCOC.

The NCOC reported 5,112 new positive cases after tests of 49,099 people were conducted. The positivity ratio remained 10.41 per cent.

According to the official portal, the total number of Covid-19 patients in Sindh has reached 282,445, while 4,633 people have died so far.

In Gilgit-Baltistan, 5,305 coronavirus patients have been reported so far and 106 deaths.

According to the portal, the total number of Covid-19 patients in the federal capital Islamabad is 75,067 and so far 679 patients have died.