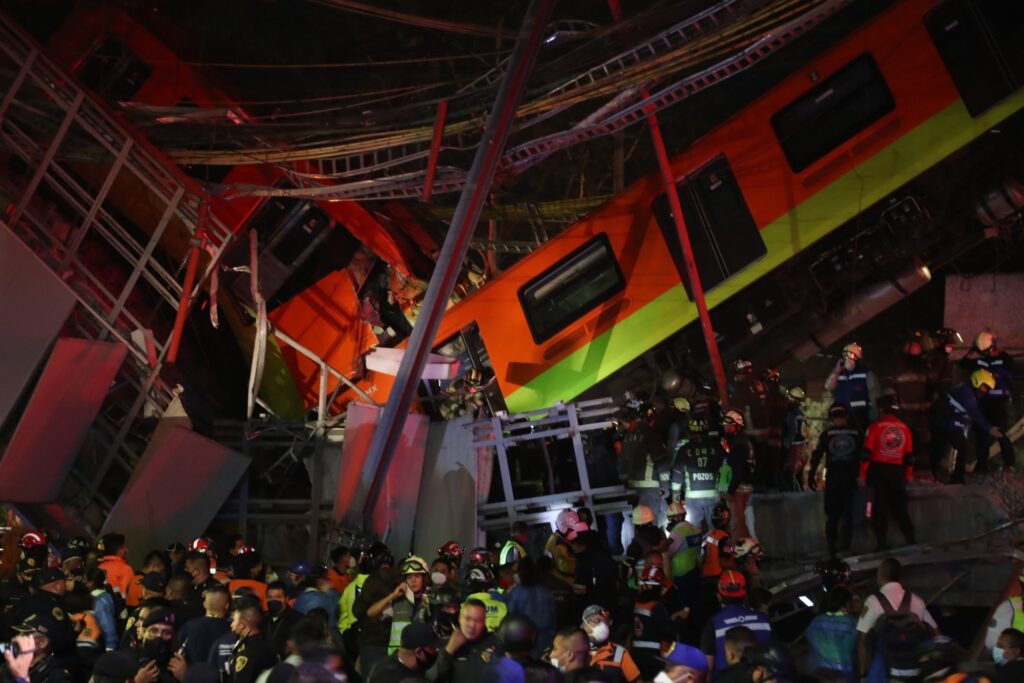 Mexico City, At least 23 people were killed and 70 others injured after a bridge on an elevated section of the Mexico City underground system partially collapsed as a train was passing over it, according to authorities.

In an interview with local TV station on Tuesday, Mexico City mayor Claudia Sheinbaum said that the accident occurred on Monday night when a concrete beam collapsed just as a subway train was passing, reports Xinhua news agency.

“The corresponding investigations will be carried out to publicise the causes of the accident. We are very sorry for what happened,” she said.

Traffic had been flowing under the collapsed section of the bridge at Olivos station on the south-eastern edge of the Mexican capital at the time of the accident.

Footage showed rescuers using a ladder to pull passengers out of train carriages as they were hanging from the bridge.

Because of the train’s unstable position, rescue efforts had to be suspended, Sheinbaum said.

Residents had reportedly complained about damage to pillars along the route of metro line 12 years ago.

There had also been allegations of corruption in the construction of the line.

In 2014 not long after the inauguration of line 12, service was interrupted for months for repairs.