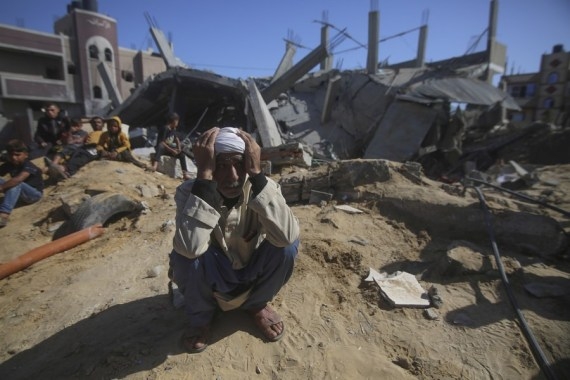 United Nations,  At least 208 people have been killed and some 1,500 others injured in a week of the ongoing airstrikes and rocket shellings between Israeli troops and Palestinian militants in the Gaza Strip, according to the UN Office for the Coordination of Humanitarian Affairs (OCHA).

The Gaza Ministry of Health reported on Monday that 198 people died, including 58 children, and 1,300 injured in seven days of bombardments by Israel, Xinhua news agency quoted the OCHA as saying.

Concentrating its report on the toll to Palestinians, the OCHA said more than 42,000 displaced people are seeking protection in 50 schools across Gaza operated by the UN agency for Palestinian refugees known as UNRWA.

Electricity across Gaza is down to six to eight hours a day, on average, with some feeder lines not functioning, disrupting the provision of health care and other essential services, including water, hygiene and sanitation, OCHA said.

The UN and humanitarian partners provide food and non-food items to displaced families in Gaza and immediate cash assistance to more than 52,000 people.

They also provide remote psychosocial counselling sessions for the traumatized, increase awareness about the heightened risk of explosive remnants of war and assess property damage.

The UN Office of the High Commissioner for Human Rights said that some recent Israeli airstrikes, particularly on high-rise buildings, are raising concerns of indiscriminate and disproportionate attacks under international humanitarian law.

Likewise, the launching of rockets and mortars from highly populated civilian neighbourhoods in Gaza into civilian population centers in Israel also may be unlawful.

In the West Bank, including East Jerusalem, widespread demonstrations and clashes between Palestinians and Israeli forces broke out in multiple locations in commemoration of Nakba Day on May 15, OCHA said.