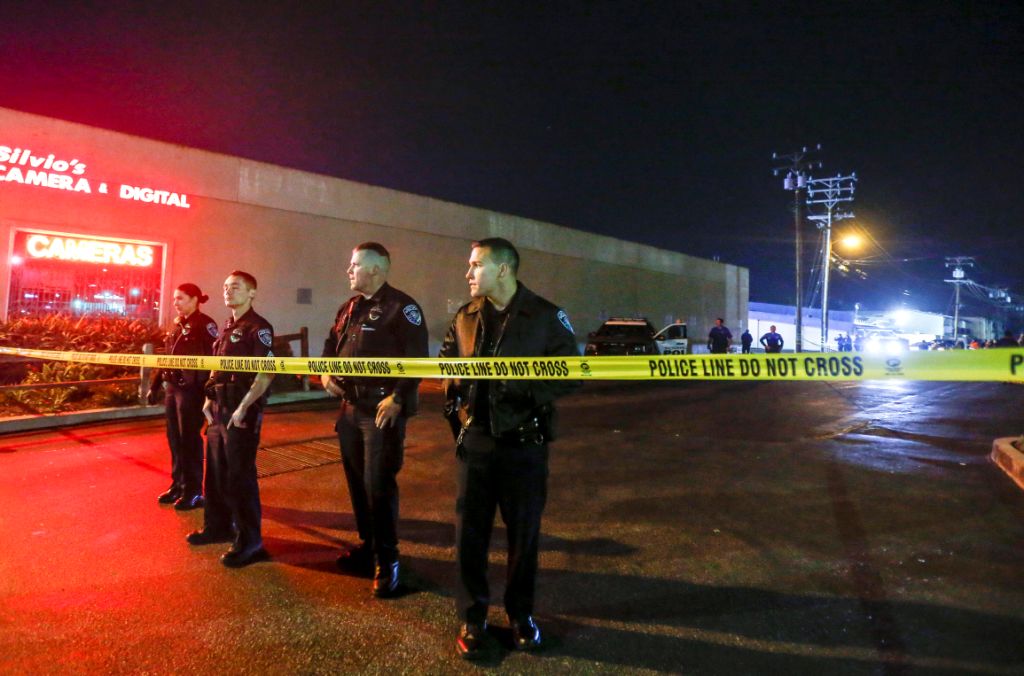 Los Angeles,  At least 16 people were injured during a blast in a Los Angeles neighbourhood as the police were attempting to safely detonate illegal fireworks that were seized from a home.

Cameramen of the local ABC7 news channel captured the moment that a cache of fireworks exploded on Wednesday night inside a bomb-disposal unit truck from the Los Angeles Police Department (LAPD), reports Xinhua news agency.

In the video clips posted online, the black truck with the logo “Bomb Squad, LAPD” and several cars parked in nearby streets were totally damaged.

According to the report, the 16 injured had been transported to local hospitals.

Nine officers from the LAPD and one from the Bureau of Alcohol, Tobacco, Firearms and Explosives were described as being in fair condition with minor injuries, while three of the six civilians suffered serious injuries and three others had minor injuries.

“Our bomb squad officers were in the process of seizing over 5,000 pounds (about 2,268 kg) of illegal fireworks in the area of 27th Street and San Pedro. Some of the fireworks were being stored in our Bomb Squad trailer as a precautionary measure,” the LAPD tweeted on Thursday morning.

“Unknown at this time what caused an explosion,” it said.

The LAPD also revealed that the fireworks and other homemade explosives were seized by police in a resident’s home, which is located in a neighbourhood near an elementary school.