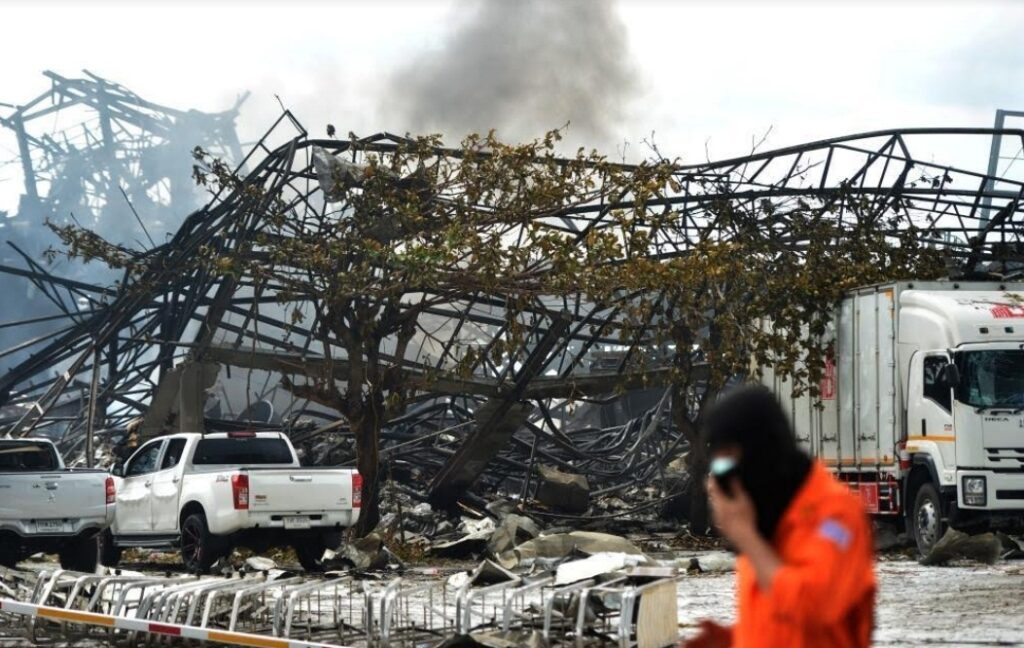 Bangkok, At least one person was killed and 30 others were injured during an explosion and subsequent fire at a chemical factory close to Bangkok’s Suvarnabhumi Airport, according to authorities.

The fire has not been put out so far, and the cause of the explosion remains unknown.

The blast reportedly happened in the factory of Ming Dih Chemical, a company established in Thailand by business people from China’s Taiwan in 1989, and caused damages to 10 factories and the residential area nearby.

A 19-year-old firefighter was killed at the scene and three others were seriously injured, the local police said.

About 30 people were injured in the accident, including at least one Chinese employee, confirmed an official from the Chinese embassy.

It is suspected that the accident was triggered by flammable chemical substances styrene monomer stored in the factory.

Due to toxic smoke still emerging out of the plant and strong winds, the evacuation radius has been expanded from 5 km to 10 km later Monday, a senior official of the Department of Disaster Prevention and Mitigation said.

Many residents have been brought to safety and provided with temporary shelters in the eastern district, chief Bang Phli district officer Somsak Kaeosena said.

The Ministry of Public Health said that officials have gone to the shelters to conduct health screens on local residents, as the chemical released by the fire could affect the respiratory system.