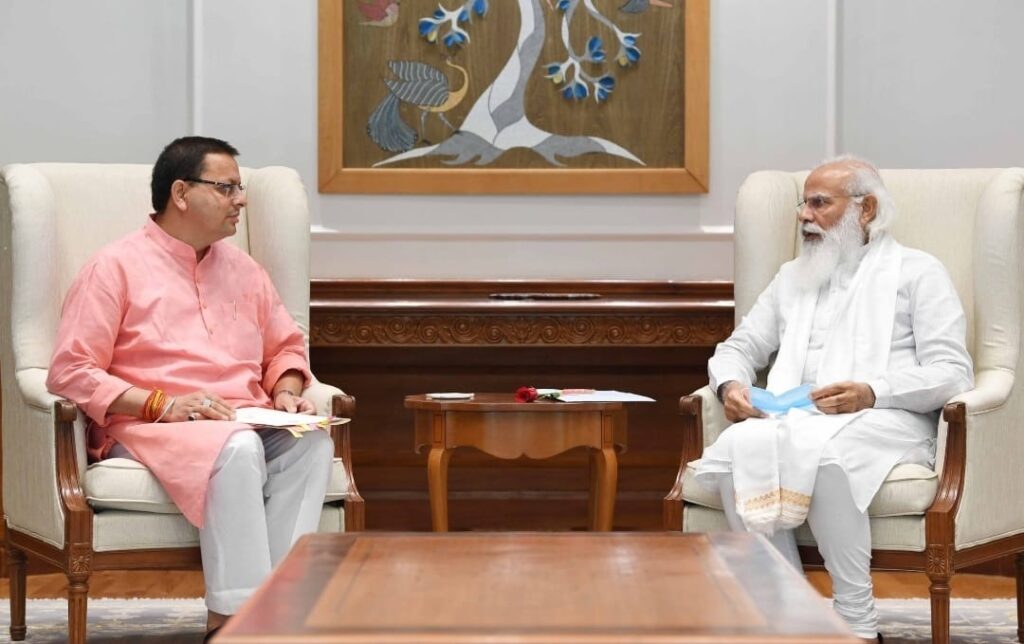 In the nearly 40-minute meeting with the Prime Minister at his 7 Lok Kalyan Marg residence, sources said the Uttarakhand Chief Minister informed him about the preparedness to deal with the possible third wave of Covid-19 and the procedures being taken to enhance vaccination in the state to contain the spread of the disease.

It was the first formal meeting of Dhami with the Prime Minister after he took over the charge of Uttarakhand Chief Minister.

The Uttarakhand Chief Minister is also learnt to have fixed a meeting with BJP national president J.P. Nadda to discuss the preparations for the upcoming 2022 election in the state.

Dhami is the third Chief Minister of the state in nearly four months.

Taking charge, the Uttarakhand Chief Minister had on Friday reviewed the state’s preparedness in view of a possible third wave of Covid-19 pandemic and directed the departments concerned to ensure all arrangements by the end of July.

He directed to fix separate pediatric wards at all district hospitals, CHCs and PHCs besides adequate oxygen, ICUs and ventilators in the state to deal with a possible third wave of the deadly disease.

Dhami has also asked officials to pay heed to the maintenance of medical equipment and tools provided to the state under the PM CARES Fund and corporate social responsibility (CSR) contributions from companies.

He has also stressed on the need to vaccinate maximum people as soon as possible and increase testing to build a protective mechanism against the virus.