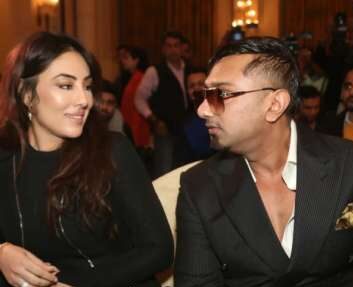 Mumbai: Yo Yo Honey Singh was most recently in the news for his divorce from ex-wife Shalini Talwar. She accused him and his family of domestic violence and reportedly requested alimony in the amount of 20 crores. The divorce was eventually finalised for a sum of one crore, and both parties moved on with their lives. Yo-Yo is making his formal appearance with his new girlfriend Tina Thadani months later.

Shalini had accused Honey of cheating throughout her series of charges. She alleged that the Indian rapper had casual s*x with several women. Furthermore, Singh’s ex-wife had accused Singh’s father of harassment…

While the divorce was finalised in September, Yo Yo Honey Singh appears to have begun dating Tina Thadani within three months. He made his public debut alongside the model on a recent occasion. The pair paired in black and looked stunning.