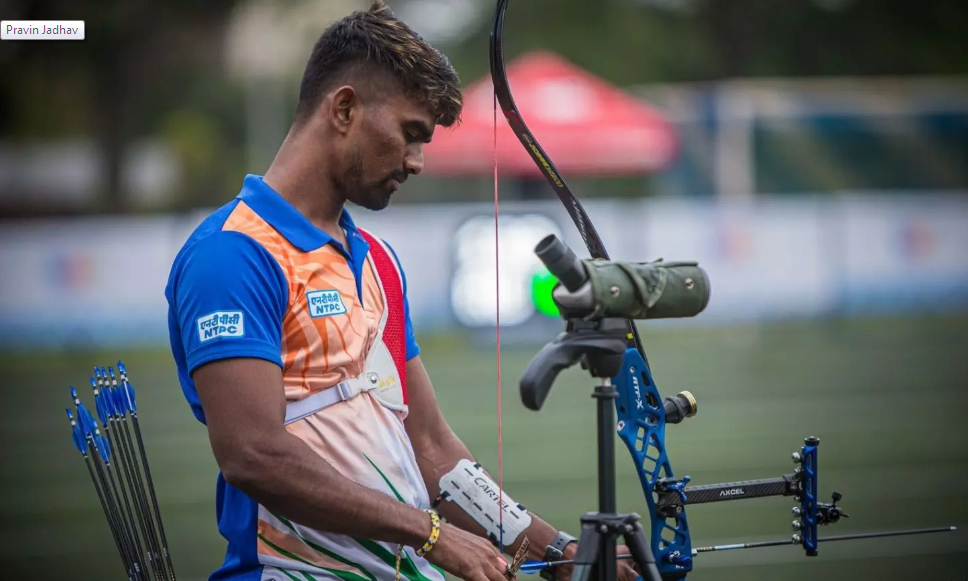 Tokyo: Indian archer Pravin Jadhav’s campaign at the Tokyo Olympics was brought to an end with a 6-0 loss to USA’s Brady Ellison in the second round.

Jadhav needed impressive scores in his final set to challenge Ellison. But two 8s followed by a 7 on the final arrow weren’t sufficient against World No. 1 Ellison’s 8 and two 9s.

Earlier, Jadhav knocked out world No. 2 Galsan Bazarzhapov of Russian Olympic Committee in the first round. Jadhav won 29-27, 28-27 and 27-24 to cruise into the next round, where he fell to Ellison.

The 25-year-old Jadhav has been the most impressive amongst the Indian men’s archers at the Tokyo Olympics.

Among the three Indian male archers, also featuring Atanu Das and Tarundeep Rai, he was the highest-ranked Indian in the ranking round on July 23.

He had teamed up with Deepika Kumari for the mixed team event and participated in the men’s team event as well, bowing out in the quarterfinals stage to South Korea.