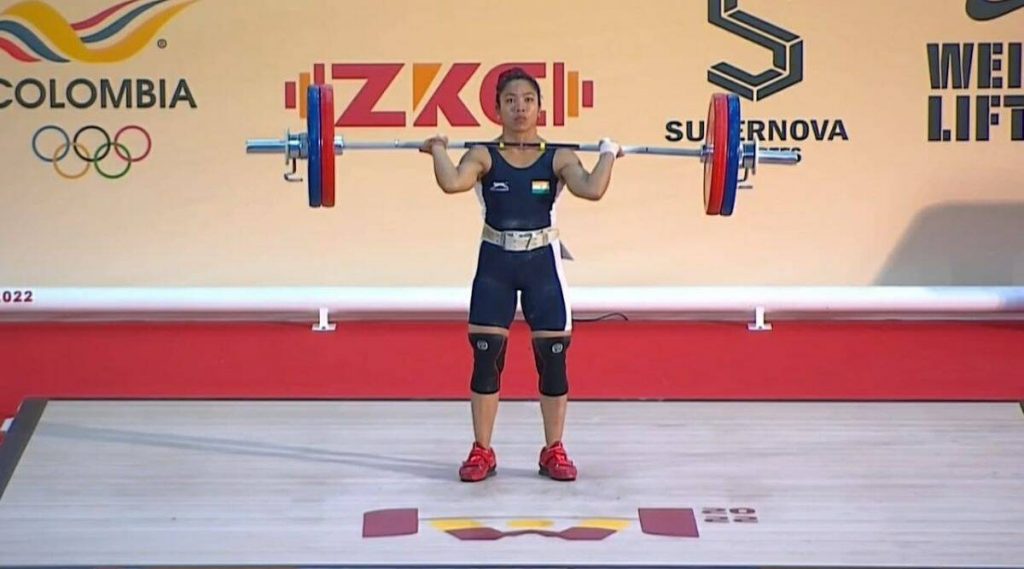 Mirabai lifted a total weight of 200kg (87kg snatch + 113kg clean and jerk) on Tuesday night for her second world championships medal. She won the gold in 2017 and finished fourth in the 2019 edition.

The 28-year-old Indian hurt her wrist during training in September. She then competed at the National Games the following month despite the injury.

“It’s an emotionally proud moment for me to bring another world championship medal back home after five long years. The competition at the world championship is always intense with the best Olympian competing at the highest level,” said Mirabai after winning the medal.

“I had a wrist pain but I am always ready to push myself to cross the line for my country….I hope I’ll be able to give India more of such moments, preferably a Gold at the Asian Games and Paris Olympics as well,” she added.

The Tokyo 2020 Olympics silver medallist Mirabai started with an 85kg lift in the snatch. She tried for 87kg on her second attempt but could not complete it before hitting the 87kg mark on the third attempt. The effort placed her fifth in the 11-woman field on the snatch leaderboard.

In clean and jerk, Mirabai, competing in her first international meet since winning the Commonwealth Games 2022 in August, once again struggled with her left wrist. The Indian weightlifter failed in her first attempt, lifted 111kg on the second try, and matched eventual gold medallist Jiang Huihua’s 113kg in her third attempt to enter the top three.

Jiang Huihua, who topped the snatch event, looked set to grab the gold in the overall category. She gave a shot at breaking Mirabai Chanu’s world record of 119kg clean and jerk with a 120 kg attempt in her final lift but failed.

Apart from an overall silver, Mirabai Chanu also won silver in the clean and jerk. At the world championships, medals are awarded separately for snatch, clean and jerk, and total lift unlike the Olympics, where one single medal is awarded for the total lift.

Tokyo 2020 champion Hou Zhihui, meanwhile, played to avoid an injury and did not go for her last attempt having lifted 109kg for bronze previously.

“It’s been a truly proud moment for me to watch Mira grab another medal at the world championship after half a decade. It was a little challenging for her due to the wrist issue. But she managed to beat two of the top athletes and lifted 200kg so effortlessly,” said Vijay Sharma, national coach, Indian Weightlifting.

“Seeing Mira I believe we are on the right track and she is definitely going to only work harder to bring out her A- game in the upcoming Asian Games and the Olympics,” she added.

The World Weightlifting Championships 2022 are the first in the series of qualifying events for the Paris 2024 Olympic Games.