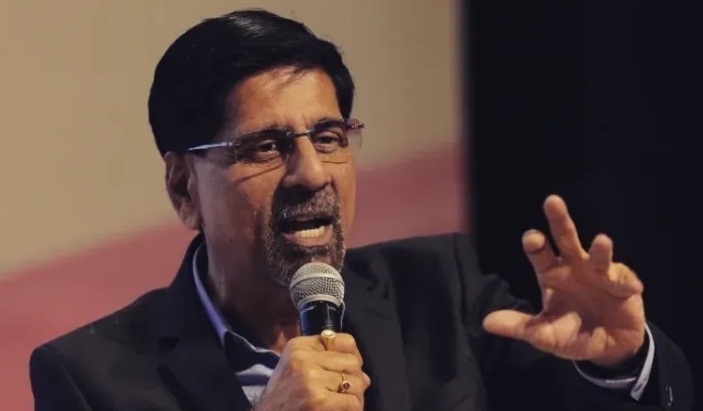 Chennai : Legendary India cricketer Kris Srikkanth has revealed he entertained self-doubts before facing one of West Indies’ most feared bowlers Joel Garner in the 1983 World Cup final at Lord’s.

Srikkanth ended up becoming the highest scorer from both sides, slamming 38 off 57 balls, as India defeated the Clive Lloyd-led side by 43 runs in a low-scoring match 39 years back at Lord’s to win the historic title.

Srikkanth conceded on the 39th anniversary of the historic achievement that playing deliveries from Garner coming from a height of 12 feet was a daunting task and Mohinder Amarnath gave him the confidence.

“This guy (Joel Garner) is six feet eight inches. And, when he jumps, the ball gets delivered from 11 feet or 12 feet. Zing, zing, the ball is moving. I went and told Jimmy (Amarnath) ‘Boss, I am not handling this bugger, what do I do? You please come and play if you want’. He (Amarnath) said ‘You play your natural game Cheeka’. ‘Are you sure?’ I asked him.

“He said, ‘Go for it’. Because in the first five overs I had scored zero. In the sixth over, it took the edge of the bat and went over the head of Clive Lloyd. I said man, that’s enough. I said anything if they give me width or bowl a short ball, I am going to whack,” Srikkanth told chennaisuperkings.com on Friday.

The former opener said that following Amarnath’s words of encouragement, he got the confidence to really bat with a cool head against the West Indies quicks.

“In fact, I started timing the ball very well after that I played the shot of the tournament, the square drive; then a short ball and I pulled. The second bouncer from Andy Roberts is dangerous. I didn’t care, I pulled it and it went for a six. Then of course, the best shot I played in that innings was when (Michael) Holding bowling from a long run up, and I hit him over the top, over his head for a boundary.

“I don’t know if they show it in the highlight; that in my opinion is the best shot. Again like a fool I got out. See, it was the last ball of (Malcolm) Marshall’s spell. I should have played it straight. Then, I knew (Larry) Gomes is going to come, then (Viv) Richards is going to bowl. I was set already, 38. In Marshall’s last ball, I went for the pull… the ball was not coming up and it skidded through and I got out LBW. But, in hindsight when you look at it, still 38 happened to be the top score in the 1983 World Cup final. God has his own way of deciding things…I should only thank God for it,” said Srikkanth.