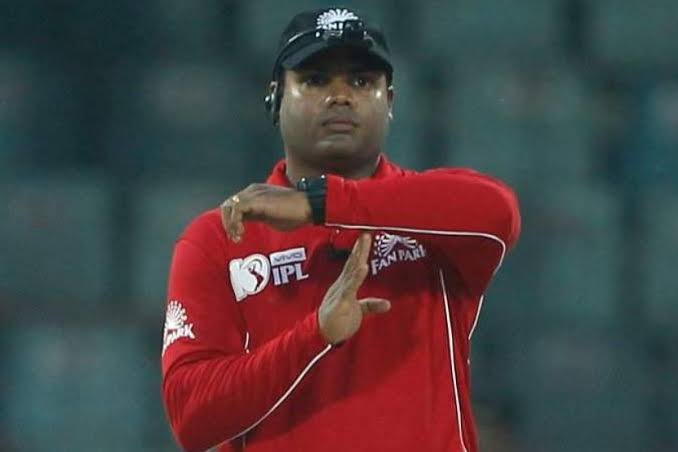 New Delhi: Umpire Nitin Menon has left the Indian Premier League (IPL) to return home in Indore as his immediately family members are down with Covid-19. Menon’s mother and wife are unwell and have tested positive. His mother has been admitted to a hospital in Indore.

“His mother, wife are down with Covid-19. His mother has been admitted to a hospital in Indore. His father is unwell too and is also suspected to have Covid-19. He has a small child, around four or five years of age, so it was important for him to return and tend to family,” said an official.

It has been learnt that Menon, who has reached Indore, could return to IPL after his family makes progress.

Australian umpire Paul Reiffell too had decided to pull out. However, he was 10 minutes away from leaving the IPL bio-bubble before he learnt that flights to Australia via Doha too have been cancelled. He may now have to leave the country after the end of the IPL along with the remaining Australian players.

“I tried to, but the flight through Doha, I wasn’t able to go through as an Australian,” Reiffel was quoted as saying by the Herald and The Age on Thursday from his Ahmedabad hotel.

“They shut the avenue off. I know a couple of the guys (Adam Zampa, Kane Richardson and Andrew Tye) got back that way through there, but the avenue was closed so I had to stay. Yesterday, I was booked to go, but it got cancelled. I thought I’d take the opportunity when I could, because you don’t know what’s going to happen later on.”