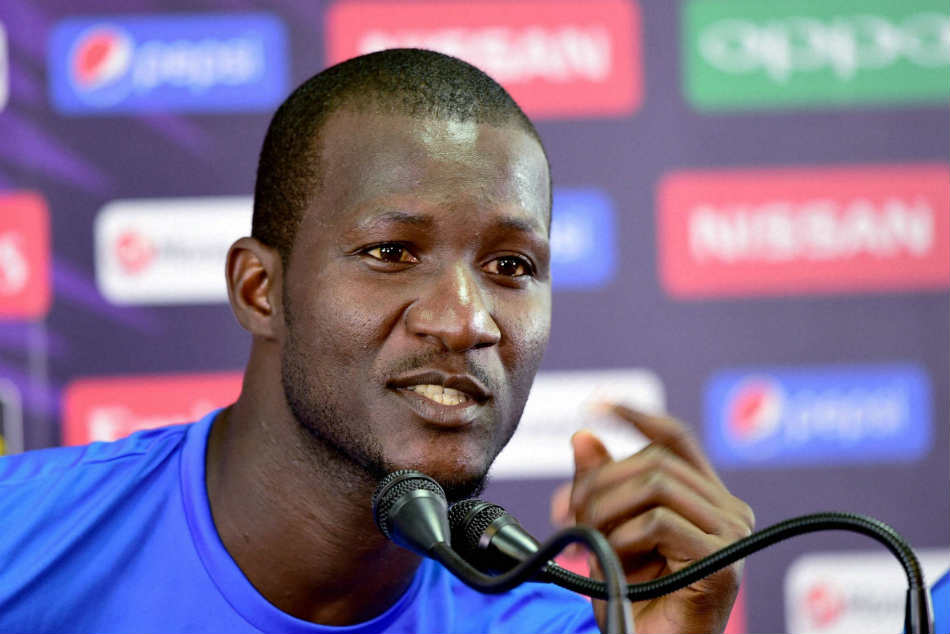 Dubai : Former West Indies skipper Darren Sammy has predicted that defending champions West Indies will go all the way to the mens T20 World Cup trophy. He also said that the team which tops from Group 1, where West Indies are placed in, will get to the final.

“It’s a no brainer for me — West Indies all the way,” declared Sammy in an ICC Digital Show.

He explained, “When you look at West Indies, and people might say I’m sounding biased, but in the last four (three) tournaments we’ve managed to get to the final four, winning two out of that. Our players, the calibre of players we have — when you look at captain Pollard, he’s back, the Universe Boss Chris Gayle, Andre Russell, Jason Holder, Fabian Allen, Evin Lewis, I could go on a long list of guys who can just take the attack to you.”

The 37-year-old Sammy was the winning captain of West Indies title triumphs in 2012 and 2016. He went on to say that England players adjust to the conditions quite well and expects them along with West Indies to enter the semifinals from a super competitive Group 1.

“When you look at England, who have been playing some excellent T20 cricket — finalists in the last one (Men’s T20 World Cup) in 2016, they won it in the Caribbean. To me what that says, two venues where the pitches are similar — India and the Caribbean — they’ve won and they’ve got to the final, so their players adjust to the conditions quite well,” said Sammy.

He added that Australia, who are yet to win a men’s T20 World Cup, will be itching to go the distance. “You look at Australia who have not gotten their hands on this silverware, they’ll be desperate to get it. The calibre of players they have — so many players who play in the IPL — who understand the conditions.”

Sammy also felt that the hard-hitting Russell will have the most runs in the tournament. “Someone batting in the top three should get the most runs. You speak of someone like a Virat Kohli. But getting the most runs doesn’t necessarily mean that your team wins the tournament. I’m more interested in who is going to be the ‘Player of the Tournament’. Somebody like an Andre Russell, who bowls and bats and comes in at crucial times, will come out with that title.”

He also signalled that Sri Lanka and Ireland will be the two teams to progress from Group A to the Super 12 stage citing experience.

The men’s T20 World Cup will be held between October 17 and November 14 in Oman and UAE. The Super 12 stage of the showpiece event will start from October 23.