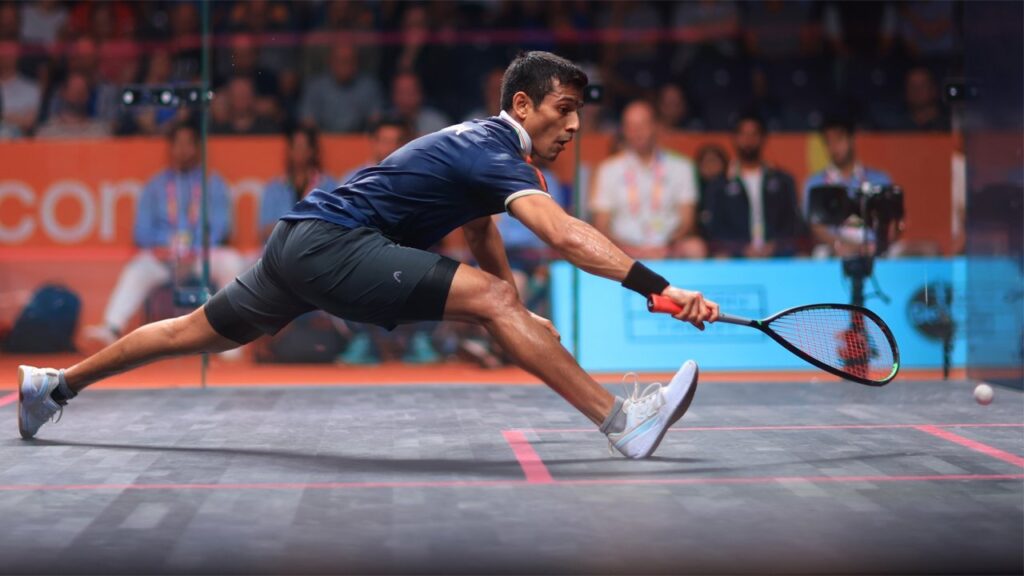 New Delhi : The Commonwealth Games 2022 bronze medallist in squash singles and mixed doubles Saurav Ghosal has revealed that the sport has been shortlisted for the 2028 Olympics in Los Angeles.

Squash, while recognised by the International Olympic Committee, is still not a part of the Olympics citing that the game’s actions would be difficult to follow for the spectators, especially via television. However, with the game finally being in the shortlist, the future looks good for the sport to gain even more recognition.

“Squash is in the shortlist for the 2028 Olympics. The World Squash Federation, The USA Squash Association and the PSA are doing their best to showcase to the International Olympic committee what squash is all about and why we as players deserve the Olympics as a platform to showcase our expertise. A process is in place, but I don’t know what will happen next,” Ghosal said during the special segment- India Ki Umeed on Glance & Roposo.

Ghosal was part of an extravaganza of live shows Azadi Ka Amrit Mahotsav on Glance to celebrate 75 years of India’s Independence Day on August 15 this year. The show was also simulcasted on Roposo, a creator led live entertainment commerce platform.

While he spoke about his career, his win and much more; being the President of Professional Squash Association (PSA), he also made a surprising revelation about the future of Squash at Olympics.