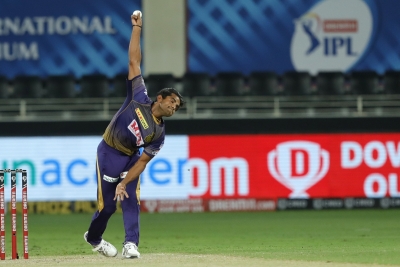 Pune,  At 142 for 4 after 16 overs, it looked like Lucknow Super Giants might end up underachieving in setting a total against Kolkata Knight Riders but Shivam Mavi had a horrific 19th over in which he conceded five sixes and it turned the tide in KL Rahul’s team’s favour in the 53rd match of the IPL 2022, here.

That 30-run over by Mavi not only shifted the momentum towards LSG but it shocked KKR and also had an impact on their batting while chasing the target and eventually they failed to achieve it.

Bowling to a short leg-side boundary, the young pacer kept feeding Marcus Stoinis balls outside off and the batter kept scuffling towards the off stump and spanking the first three balls for sixes over the on-side fence.

The fourth ball was in the slot too, but Stoinis just couldn’t get the elevation and he was caught at the deep midwicket. The arrival of a new batsman didn’t change things as Mavi bowled two more slot balls, which Jason Holder hit over square leg and long-off.

Southee pulled things back a little in the final over, but Super Giants had plenty on the board, which eventually proved to be a match-winning total.

Chasing a total of 177 runs for the victory, Kolkata were bowled out for 101 in 14.3 overs, losing by a huge margin of 75 runs. The result pushed KKR to the brink of elimination after their seventh defeat in 11 matches.

Notably, Mavi made his IPL debut in 2018 and has stayed with KKR. Since then, he’s featured in 32 matches and has three of the most expensive figures for any bowler for KKR.

Speaking after the win, Kolkata Knight Riders skipper Shreyas Iyer admitted that death-over bowling is a concern for his side.

“We got off to a bad start in the powerplay and also we leaked a lot of runs in the death overs. We couldn’t read how it (the pitch) was going to play, and based on that we elected bowling. I thought we could have restricted them to 155-160. They got to a really nice total in the end,” Iyer said at the post-match presentation.

KKR will now face Mumbai Indians in their next IPL 2022 match at the DY Patil Stadium on Monday. 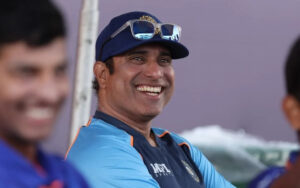 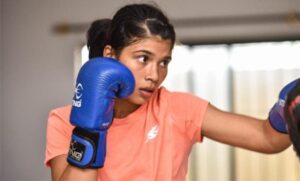