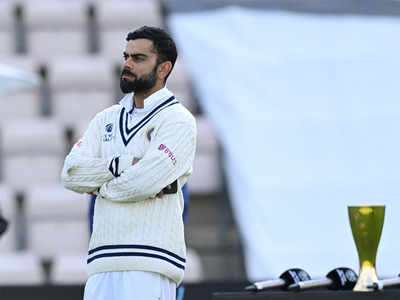 The 33-year old Kohli, who departed for 35 in the first innings, could only score 18 runs in the second innings, getting out to youngster Marco Jansen.

He went after a wide delivery from Jansen in the very first ball after Lunch on Day 4 of the ongoing Test. The delivery was bowled well outside the off-stump but Kohli, who pressed forward, was not able to curb his instinct and produced a thick edge, which was safely pouched by wicketkeeper Quinton de Kock.

The Indian skipper had last hit an international century on November 23, 2019, where he played a match-winning knock of 136 in the pink-ball day and night Test match against Bangladesh at the Eden Gardens.

The star batter has now gone over two years without scoring an international century as he had also failed to hit a hundred in 2020, a year where the cricket calendar was disrupted by COVID-19.

Notably, 2021 has been an eventful year for Kohli as he decided to quit India’s T20I captaincy, following which he was removed as ODI skipper as well.