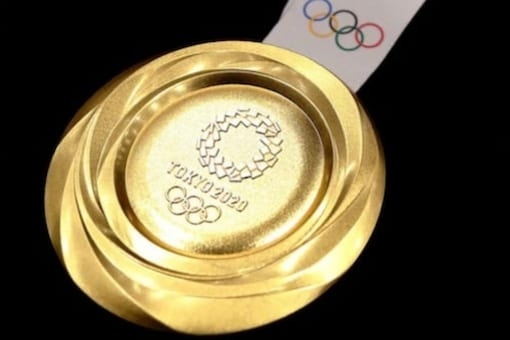 Tokyo,  A member of the Japan’s gold medal-winning team in softball at the Tokyo Olympics will be given a new gold medal after the mayor of her hometown bit the first one.

The mayor of Nagoya, Takashi Kawamura, sparked online outrage when he lowered his mask and bit softball athlete Miu Goto’s gold medal at an event recently to celebrate Japan’s victory over the USA in the women’s softball final of the Olympics. Japan won softball gold in Tokyo Olympics by defeating the United States 2-0 in an encore of the 2008 Beijing Olympics final.

Tokyo Olympic officials have said that they will exchange Miu’s bitten golf medal with an untarnished one. They added that the IOC will bear the cost of the swap in gold medals.

Kawamura was accused of not paying heed to Covid-19 restrictions, with some users calling the act “unhygienic” and “disrespectful”. The incident led to the city receiving more than 7,000 complaints through emails and phone calls, according to reports in the Japanese media.

“Apart from showing a lack of respect for athletes, he bit it even though (athletes) are putting on medals themselves or on their team-mates during medal ceremonies as part of infection prevention measures. Sorry, I can’t understand it,” wrote Yuki Ota, Japan’s first Olympics medallist in men’s fencing, on Twitter.

The whole episode has now led to the 72-year-old mayor not participating in the Paralympics torch relay on August 15. Instead, three deputy mayors will represent the city.