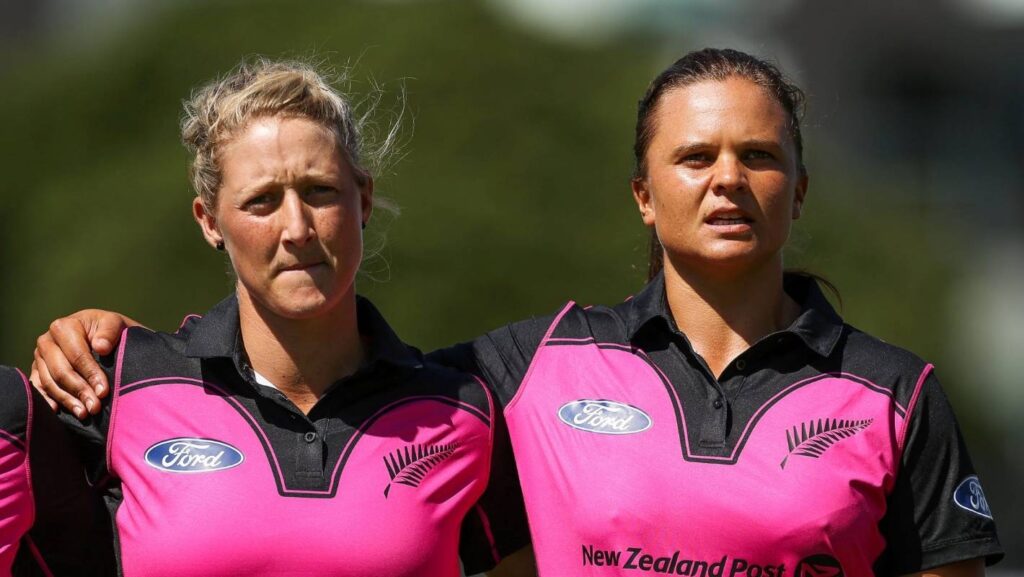 Mumbai : New Zealand captain Sophie Devine, along with her team-mates Suzie Bates and Amelia Kerr, are hoping for a women’s edition of the Indian Premier League (IPL) to begin soon. As of now, the Board of Control for Cricket in India (BCCI) hasn’t made the plans of a women’s IPL public. In the past, the BCCI organised three-team exhibition matches named Women’s T20 Challenge in 2018, 2019 and 2020.

“I think that the success of WBBL in Australia has been enormous and raised the profile of that. The standard of cricket as well has certainly improved and I guess that the international players have been a part of it. Likewise, we needed a number of Indian players playing in the WBBL, which was fantastic. I would love to see a women’s IPL kick off. I think that’s certainly the next step in taking the game globally for the women’s side of things. So, fingers crossed for the next few years for it to be on the cards,” said Sophie, who recently won this year’s Women’s Big Bash League (WBBL) with Perth Scorchers.

The recent WBBL saw eight women cricketers from India plying their trade for five teams, with T20I captain Harmanpreet Kaur becoming the player of the tournament as a member of Melbourne Renegades. Many current women cricketers and past players have called upon the BCCI to establish a women’s IPL, especially after the Indian players did well in the WBBL.

Suzie spoke in affirmative of her captain’s views on time being ripe for women’s IPL in India.

“I just agree with Sophie that franchise cricket has changed the women’s game drastically and can have more professional players all around the world whether playing for the country or in franchise cricket. The better the standards you get, the more time you put into your cricket. So, any franchise opportunity is key for supporting and growing the international game. In my opinion, India is the next big step after the success of WBBL and The Hundred competition in England,” Suzie said.

Amelia was also of the same opinion as her senior team-mates.

“I agree with Sophie and Suzie. The franchise cricket has been so important to create a changing room of people from all over the world and learn of people who play for other countries as well. Obviously, the next step is a women’s IPL. There were a few exhibition matches but we speak of the passion and love for the game India has and how successful the men’s IPL is. So, having a women’s IPL will be incredible,” Amelia said.

With the Women’s Cricket World Cup scheduled for next year in New Zealand, the Indian team will be playing five ODIs and one T20I with the White Ferns as part of preparation for the mega event. Sophie is aware of the importance the series holds with World Cup coming up.

“For us, it is ideal preparation leading into a World Cup at home. I know that the Indian team as well will be really looking forward to play in the conditions they will find themselves in at the World Cup is obviously very fortunate to be playing around the country. We have got some beautiful cricket grounds in New Zealand.

“For us, it is an opportunity to have a bit of consistency with our selection and try out some good combinations. Likewise, for the Indian team, they will be looking to expose as many players as possible to the conditions as here it will be different from what they find in India. Really looking forward to take on the Indian team in the next few weeks,” she said.

“It’s a fantastic opportunity for us with the Amazon Prime Video for streaming live in India, which is going to be great exposure and hopefully raise the profile for us globally, not just in New Zealand,” concluded Sophie.