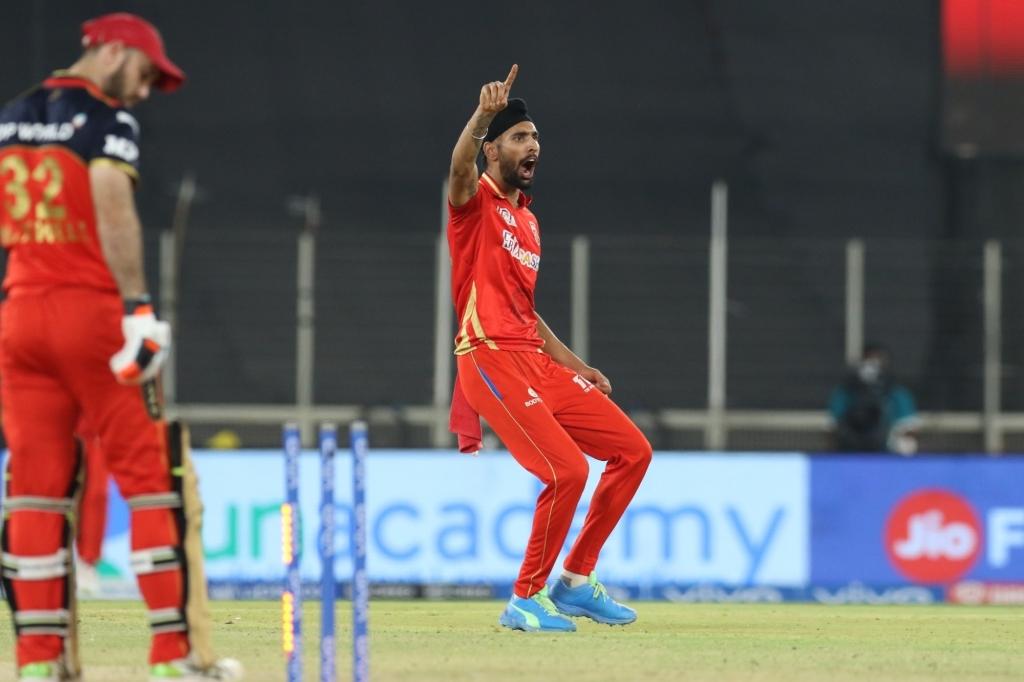 Ahmedabad, Punjab Kings’ (PBKS) slow left-arm bowler Harpreet Brar, who played a huge role in his team’s 34-run victory against Royal Challengers Bangalore (RCB), said he had made up his mind to just go out and bowl in the right areas without taking pressure.

The 25-year-old Punjab bowler took the wickets of RCB skipper Virat Kohli (35) and the dangerous Glenn Maxwell (0) and AB de Villiers (3) to completely finish off the RCB top order and earn his team the much-needed victory under trying circumstances.

Asked if he had a plan for the top batsmen, Harpreet — who has been with the franchise for three years but has hardly bowled much — said, “My plan was to bowl in the right areas even if I got hit, it wasn’t a problem as long as I got the right line and length. I was trying to pull the batsmen out of the crease by varying my length. That, I suppose, helped me get three big wickets on Friday.”

Harpreet conceded he was under pressure as he had hardly got the opportunity to bowl in the three years he has been with the franchise.

“Yes, there was pressure. (Over the years) I have taken a lot of pressure. It’s natural that when you don’t perform (get the opportunity), pressure gets to you. Today, I had made up my mind to just play freely. Whatever happens, we’ll see, but I won’t take stress,” said Harpreet, who bowled Australia’s Glenn Maxwell for a duck before getting rid of the dangerous AB de Villiers for three runs.

“For De Villiers, my plan was to keep the ball away from him, so that he comes out and plays my deliveries. The ball was gripping the wicket, so that’s why I’d kept a slip also. I wanted to send a dot ball but luckily got a wicket. I’m blessed,” said Harpreet who has played age-group tournaments for his state.