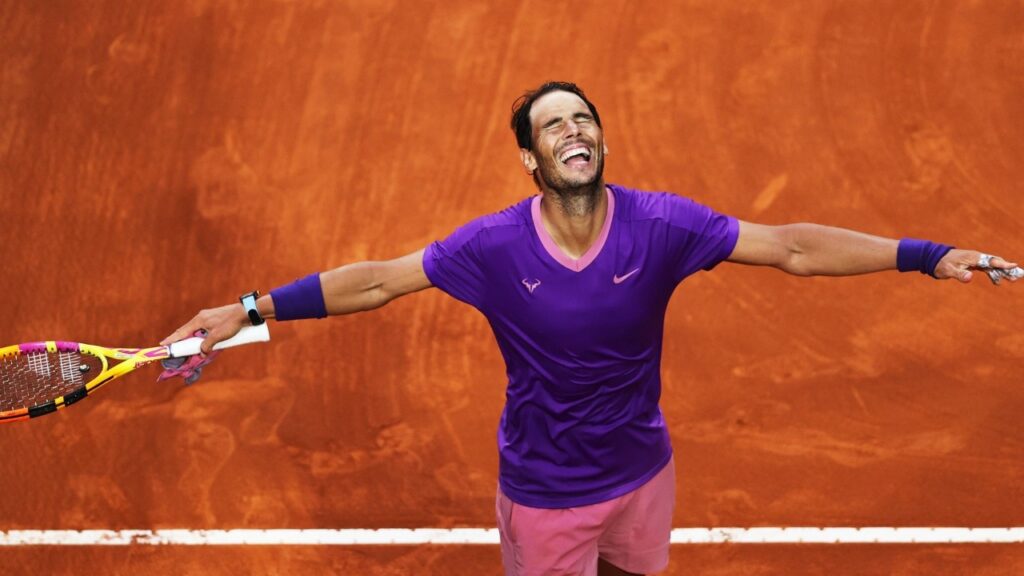 Rome,  World No. 3 Spaniard Rafael Nadal on Sunday won his 10th Italian Open title, after overcoming a second set comeback from No. 1 Novak Djokovic in the final to triumph 7-5, 1-6, 6-3 in two hours and 50 minutes.

In the 57th meeting of the ATP Tour’s one of the most prolific rivalries, Djokovic was facing second seed Nadal, winner of 20 Grand Slam singles title winner, for the ninth time at the Foro Italico.

Nadal improved to 4-2 in Rome finals against Djokovic with the victory, and brought his ATP head-to-head record against the Serbian to 28-29 overall.

In the men’s doubles final, second-seeded Croats Nikola Mektic and Mate Pavic powered their way to their sixth Italian Open trophy, overcoming a tough challenge from fifth-seeded Rajeev Ram of the USA and Briton Joe Salisbury and winning the final 6-4, 7-6(4).

Djokovic had spent nearly five hours on court on Saturday, first winning his rain-delayed quarter-final against Greece’s Stefanos Tsitsipas and then the semi-final epic against Italian Lorenzo Sonego, to reach the final.

Nadal, on the other hand, needed an hour-and-a-half-to take down Reilly Opelka of the USA.

Djokovic, who was bidding to record his first win on clay against the Spaniard since the 2016 Rome quarter-finals, showed little signs of fatigue in the opening set.

The Serbian raced to a 2-0 lead, staying aggressive and keeping the points short. But Nadal broke straight back, and his forehand speed steadily climbed as the set unfolded, earning 15 of his 21 winners.

Nadal claimed the decisive break late in the set, taking advantage of a shaky service game of the Serbian at 5-5 to claim the lead, sealing the set.

But a dip in Nadal’s intensity gave Djokovic the opening he needed in the second set.

However, the Spaniard held firm and raised his level in the final set, reeling out forehand winners to take a 4-2 lead. He converted his second championship point after Djokovic sent a backhand long, sealing the victory.