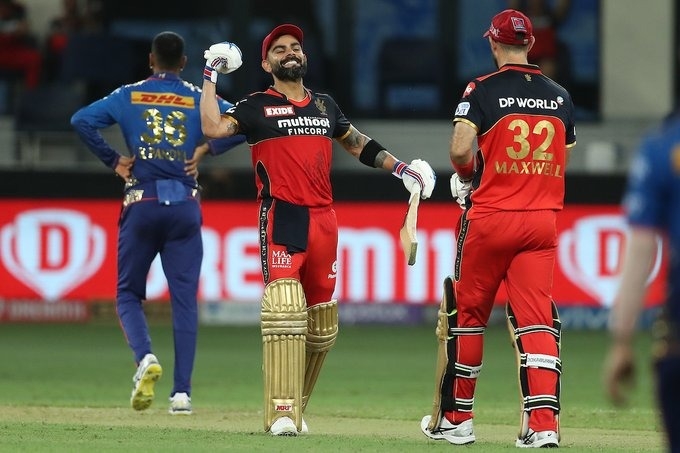 On Sunday, at the Dubai International Cricket Stadium, the RCB top-order finally clicked with Kohli smashing a half century, followed by another classic T20 innings from Maxwell which helped the side reach a competitive 165/6 and then dismiss the Rohit Sharma-led Mumbai Indians for 111 runs in 18.1 overs.

RCB are currently third behind CSK and DC with 12 points and Kohli would be happy to have broken a three-match losing streak. Maxwell slammed three sixes and six boundaries in his 56 and also claimed the wickets of MI captain Rohit Sharma and Krunal Pandya.

“Maxi’s (Maxwell) innings was unbelievable. If you don’t try and stamp your authority, (JAsprit) Bumrah will get over you — that’s how good he is! You have to be at your level best. I’d give it a perfect ten tonight,” Kohli said after the match.

Kohli also applauded the hat-trick efforts of pace bowler Harshal Patel, who became the third Royal Challengers Bowler to achieve the feat. Patel has been leading the ‘Purple Cap’ for long and his four-wicket haul on Sunday takes his tally to 23 wickets from 10 matches.

“I went with my gut feel with DC (Christian). With his experience and change-ups, he bowled an amazing over. What Harshal did was unbelievable.”