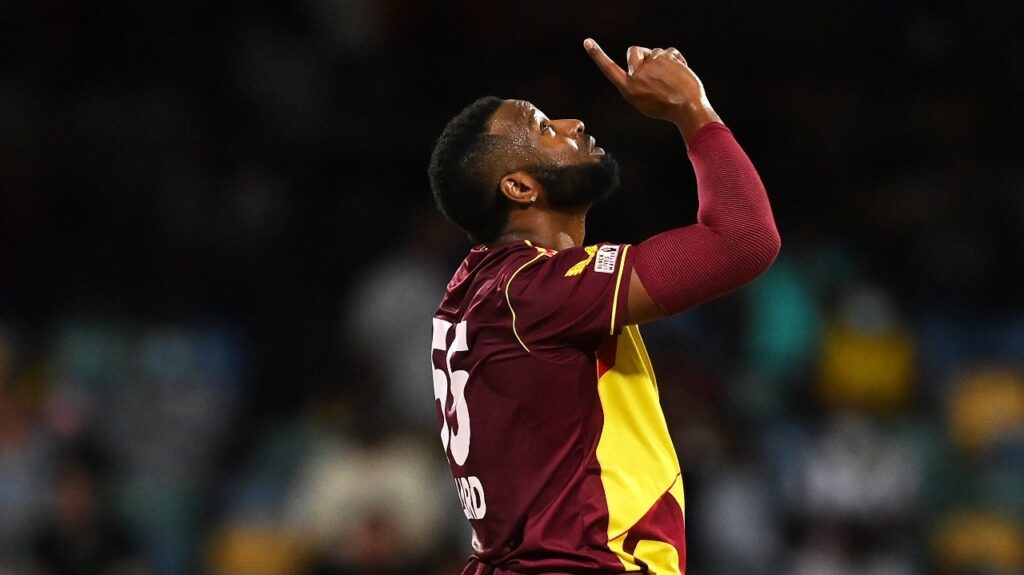 Pollard was a West Indian trailblazer in white-ball cricket, becoming the first player to represent West Indies in over 100 T20I matches. The cricketer made his ODI debut in April 2007 against South Africa and his T20I debut the following year against Australia in Bridgetown. Overall, he played 123 ODIs and 101 T20Is for West Indies.

The 34-year-old Trinidadian, who never played a Test for West Indies and was one of the many white-ball specialists for his country, made the announcement through social media.

“After careful deliberation, I have today decided to retire from international cricket. It was a dream of mine to represent the West Indies team from the time I was a boy of 10 years and I am proud to have represented West Indies cricket for over 15 years in both the T20I and ODI forms of the game,” Pollard said in a statement on his official Instagram page.

“Wearing those maroon colours and playing alongside such greats has been a privilege that I never took lightly, giving my heart and soul in every facet of the game � whether bowling, batting or fielding.

“As with many sports, there are highs and lows, but throughout it all I have always felt the unwavering support and love of the fans of West Indies cricket who understand the importance of this great sport to the people of the Caribbean. As I move on and make room for those who will carry the game forward in West Indian colours, know that I will always be supporting in whatever way I can. It is with profound gratitude for living my dream that I now raise my bat in salute to all that is West Indies cricket,” he added.

The star all-rounder is currently playing for five-time champions Mumbai Indians in the ongoing IPL 2022.

Pollard led his team in both formats and was also a part of the 2012 ICC T20 World Cup-winning side. He was appointed captain of both the ODI and T20 teams in 2019, with series wins over Australia and England the highlights during his tenure.

And in 2021, Pollard became only the third player in the history of the men’s international game to hit six sixes in a single over, with his effort against Sri Lanka’s Akila Dananjaya helping him into elite company alongside Herschelle Gibbs and Yuvraj Singh.