Brimming with confidence after the massive 224-run win in the penultimate game, India will be eyeing to register their eighth straight series win over the West Indies when they face off in the fifth and final contest of the rubber at the Greenfield international stadium here on Thursday.

After the resounding victory in the fourth One-day International (ODI) at the Brabourne Stadium in Mumbai, the Virat Kohli-led hosts lead the series 2-1, with the second match being tied.

The last time the Carribean side won a bilateral series against India was way back in 2006.

With the northeastern monsoon in full cry, the match could well end up shortened as the the weatherman has predicted a brief thunderstorm in the afternoon and late evening.

This is only the second international cricket match to be staged at the Greenfield Stadium. The first was on November 7 last year when the hosts defeated New Zealand in a T20 match that was shortened to inclement weather and saw just saw an eight over per side match. India won by six runs.

The organisers, the Kerala Cricket Association, are in an upbeat mood as the ground boasts of one of the best drainage systems in the business and even if the rain comes crashing down, they will be able to get it back into shape quickly once the rain stops.

Going into the final ODI, with opener Rohit Sharma, Ambati Rayudu and skipper Kohli in top form, India will like to keep the momentum into the series decider. Rayudu also took a step ahead in cementing his place at No. 4 slot with a fine century in the previous game.

Rohit also smashed an impressive 162 off 137 balls in the fourth ODI while the skipper has three tons from four games. The Indian batting will once again mostly rely on the shoulders of these two on Thursday.

Despite impressive performances by the top order, the cause of concern for the team management will be the flop show of stumper Mahendra Singh Dhoni.

The former skipper has failed to live up to the expectations, which also resulted in his exclusion from the Twenty20 international (T20I) series against the Windies and Australia.

It will be the litmus test for Dhoni, who has been under fire for his continous poor performances.

In the bowling department, chinaman Kuldeep Yadav has been impressive in this series so far after scalping eight wickets from three games and Kohli will like him to replicate his past, specially in the middle overs.

Pacer Jasprit Bumrah and Bhuvneshwar Kumar are expected to dismantle the Windies top order in the initial overs, while Khaleel Ahmad, who was a surprise package in Mumbai with figures of 3/13, could be a crucial support for his seniors.

Coming to the West Indies squad, batsmen Shimron Hetmyer and Shai Hope are the only two batsmen who have shown some fight against the home side.

They both have hit a century each and would like to repeat it for one final time to help their side tie the series.

Captain Jason Holder has shown he can be fruitful with the bat down the order.

However, the visitors could possibly miss the services of off-spinner Ashley Nurse, who has been a consistent performer with five wickets from the series.

Nurse is doubtful for the series decider after suffering an injury during the last game. His absence could affect the hopes of the visitors in a crucial contest. 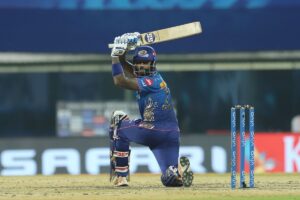 It feels great to be back here: MI’s Suryakumar Yadav 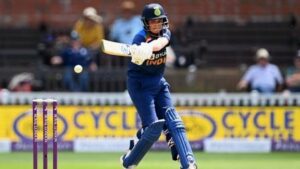 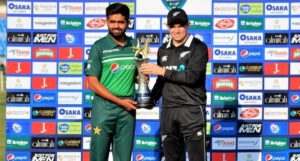