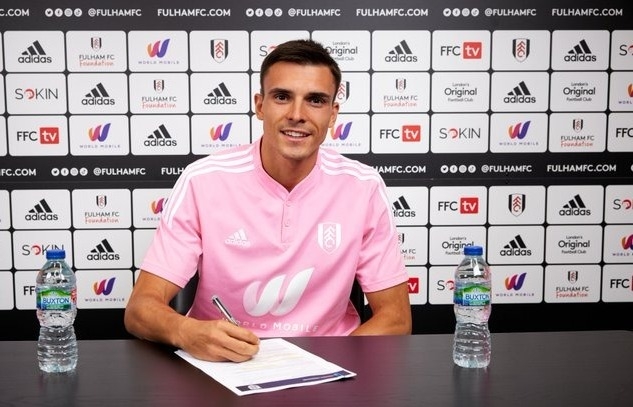 London : Fulham have confirmed the signing of midfielder Joao Palhinha from Sporting Lisbon, the club said in a statement on Monday.

The 26-year-old Portugal international has agreed on a five-year deal, with a club option for an additional 12 months, keeping him at Craven Cottage until at least the summer of 2027.

After joining Fulham, Palhinha said, “I’m very glad to be here. It’s a big opportunity for me, for my career, to play in what is — in my opinion — the best league in the world. I’ve signed with a great Club. The Club wanted me, and I chose the Club, so I promise the fans that I will do my best, and I hope we can win so many things this season.”

Fulham co-owner Tony Khan added, “Joao Palhinha has excelled in Portugal playing both club and international football. He’s been one of our top targets in this window.”

An imposing defensive midfielder, Palhinha joined his local side Sporting a decade ago. After a number of appearances for the club’s B team, he was given the first taste of senior football on loan with Moreirense in 2015/16, making 29 appearances as he helped preserve their top-flight status.

Palhinha was sent to a different Primeira Liga outfit the following campaign, making 13 appearances for Belenenses in the first half of 2016/17 before returning to Sporting where he was a regular in the side that finished third.

He also sampled Champions League football for the first time last season, helping Sporting progress to the knockout stages, and departed the Lisbon outfit with 95 appearances and seven goals to his name.