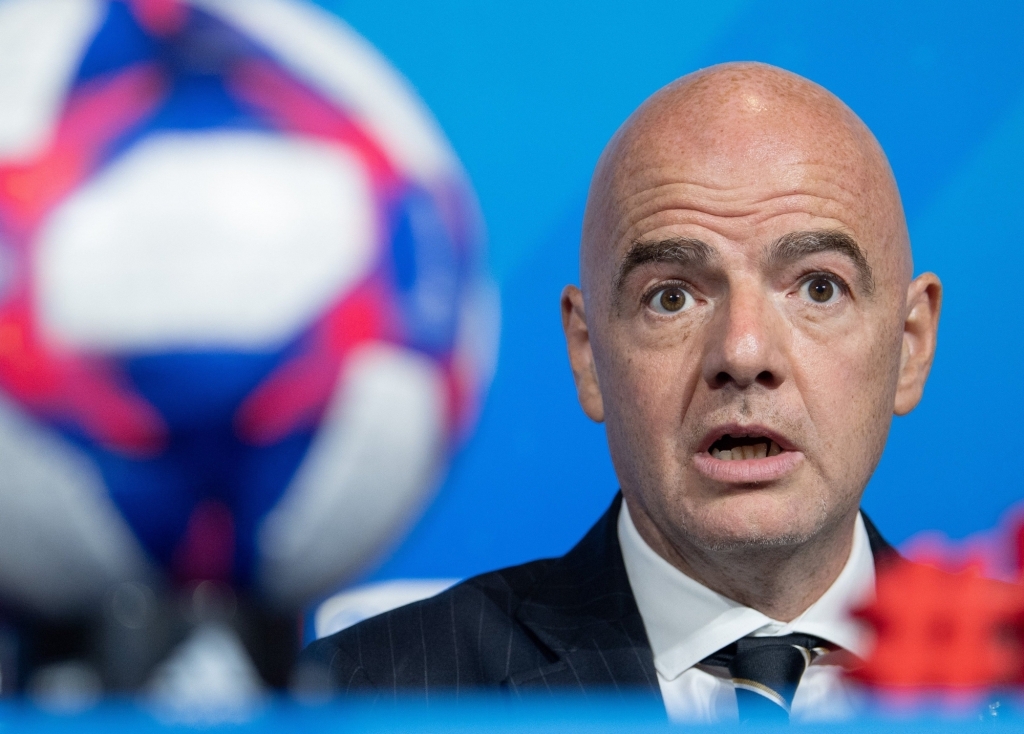 There was “no doubt” in the position of the world football governing body on the matter, Infantino said at the congress of European confederation UEFA on Tuesday, DPA reports.

“At FIFA, we can only strongly disapprove the creation of a Super League which is a closed shop, which is a breakaway from the current institutions, from the leagues, from the associations, from UEFA, and from FIFA,” said Infantino.

Infantino said the Super League involving 12 clubs so far was in contrast to these values and that UEFA had full support in opposing the move.

The Premier League ‘big six’ of Liverpool, Manchester duo United and City, and London’s Chelsea, Tottenham Hotspur and Arsenal said on Sunday they would join Spain’s Barcelona, Real and Atletico Madrid, and Italy’s Juventus, AC and Inter Milan, in forming a largely closed competition from August.

What sanctions UEFA, or national leagues, could take, remains unclear and would certainly meet legal challenges. UEFA president Aleksander Ceferin, however, said players could be excluded from national teams and clubs in the breakaway could face domestic penalties.

Infantino suggested that there would not be a compromise where clubs could play in their private competition but remain part of the current structure.

“If some elect to go their own way, then they must live with the consequences of their choice. Concretely, this means either you are in or you are out. You cannot be half in or half out,” he said.

Ceferin accused the clubs of forgetting the history of the game and betraying fans.

Ceferin said football belongs to everyone because it “is part of our heritage. Respect for history. Respect for tradition. Respect for others. This means something.”

However, aiming specifically at the owners of the six English clubs involved Ceferin said that while they had made a “huge mistake” there “is still time to change your mind.”

That group are also meeting domestic fury and opposition from rival clubs, and even British Prime Minister Boris Johnson.

“I will do everything I can to give the ludicrous European Super League a straight red,” Johnson wrote in a guest column for the Sun newspaper.

“Football clubs have a unique place at the heart of their communities, and are an unrivalled source of passionate local pride,” said Johnson, who addded “even the most seemingly endless period of frustration is made bearable by the possibility, however remote, that one day you could see them rise up.”

Reports say Johnson will meet with fan representatives, the Football Association and the Premier League after the UK’s Digital, Culture, Media and Sport Secretary Oliver Dowden unveiled a new “fan-led” review into how football in England operates.

Speaking about the review to lawmakers on Monday, Dowden said it will cover “financial sustainability … governance and regulation, and the merits of an independent regulator” as well as how fans can have an “even greater say” in oversight.

Liverpool’s city rivals Everton — themselves once part of an English ‘big five’ before the 1992 formation of the Premier League — said they were “saddened and disappointed to see proposals of… six clubs acting entirely in their own interests” and “tarnishing the reputation of our league and the game.”

The league of 20 teams intends to have 15 permament members with German giants Bayern Munich and Borussia Dortmund reportedly offered spots despite public reluctance to join.

But Bayern chairman Karl Heinz-Rummenigge strengthened his club’s opposition to the breakaway and called for dialogue in the dispute.

“We are not there because we do not want to be a part of it,” he said in an interview with Italy’s Corriere della Sera newspaper.

Rummenigge added it was “important that we start dialogue again. My hope is that we can still find a solution because the Super League damages all of European football. We must prevent that.”

And regarding losses incurred during the coronavirus pandemic, he said costs had to be reduced rather than income increased. “The way cannot be to always make more and pay the players and agents more.”

French side Paris Saint-Germain have also been offered a spot but have only 14 days to respond, Spiegel said.