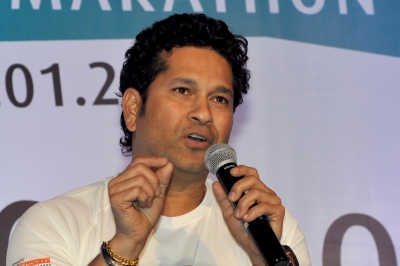 New Delhi : Former Indian cricketers including legendary batter Sachin Tendulkar on Thursday showered praise on the Virat Kohli-led side for their historic win at the Centurion, saying the team has capability to pick 20 wickets in a Test match anywhere in the world.

Team India defeated South Africa by 113 runs in the opening Test at Centurion to take a 1-0 lead in the three-match series. The win is also India’s first-ever Test victory at the venue, which is largely considered to be a fortress for South Africa.

“Superb bowling by an attack that can pick 20 wickets in a Test match anywhere in the world. Congratulations to #TeamIndia on a convincing victory!,” Tendulkar wrote on Twitter.

“Began the year with great resilience at Sydney , followed by an incredible win at the Gabba, the Lord’s win was special and India end the year with a brilliant win at the Centurion. Has been a brilliant Test Match year for Team India. Congratulations on a wonderful win #INDvsSA,” he wrote on Twitter.

The Board of Cricket Control in India (BCCI) secretary Jay Shah, too, hailed the team and wrote, “Congratulations to #TeamIndia on a fabulous victory at Centurion despite a day being washed out due to rain. 2021 has been a phenomenal year with many famous away Test wins in Brisbane, Lord’s, and The Oval.”