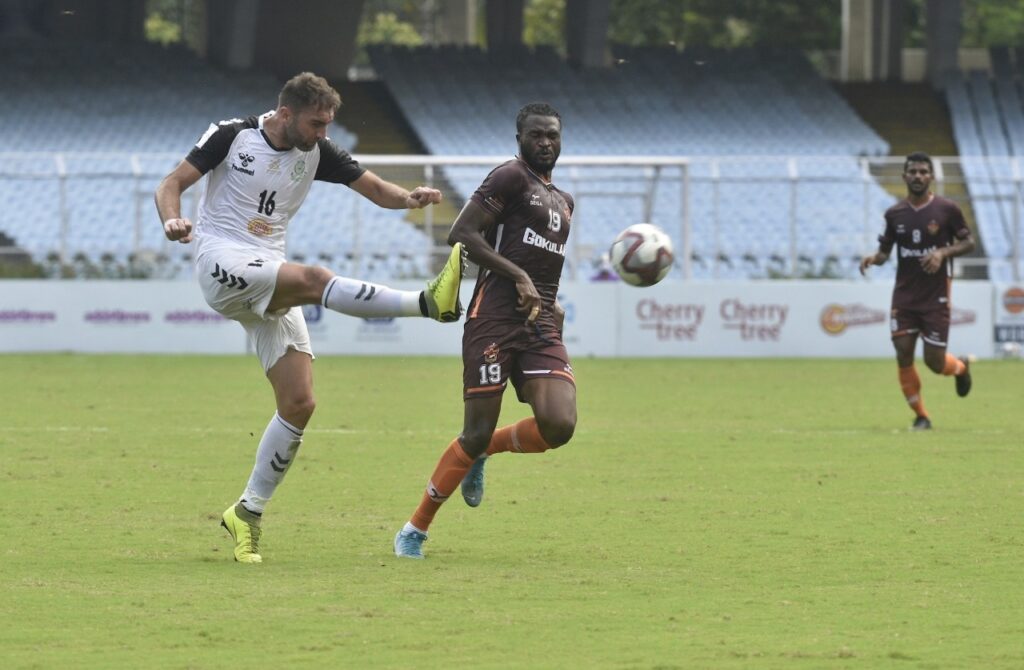 Marcus Joseph, who once represented the club for Malabar, broke Gokulam hearts by scoring the match-winner for Mohammedan in the 44th minute.

Under head coach Vincenzo Alberto Annese, Gokulam have built a reputation for being a free-scoring team. They were the highest goal scorers in the group stage with 10 goals. However, against Mohammedan on Thursday, their midfield and attack appeared to be toothless.

Chances were few and far in-between, and the deadlock was broken in the 44th minute as a result of a Mohammedan counter-attack. At the other end, Bouba had a goal flagged offside only a minute earlier but as is often the nature of the game, Trinidadian Joseph capped off an excellent move to hand the home side the advantage.

Gokulam did very little to alter the outcome in the second half but with the margin just being one goal, the final few minutes were intense. Mohammedan did enough though, to hold on and reach the semi-finals.

They will now face FC Bengaluru United in their semi-final tie on September 27 at the VYBK. The I-League 2nd division side has received a bye to the last-four stage after their quarter-final opponents Army Red Football Team pulled out of the tournament owing to Covid cases.