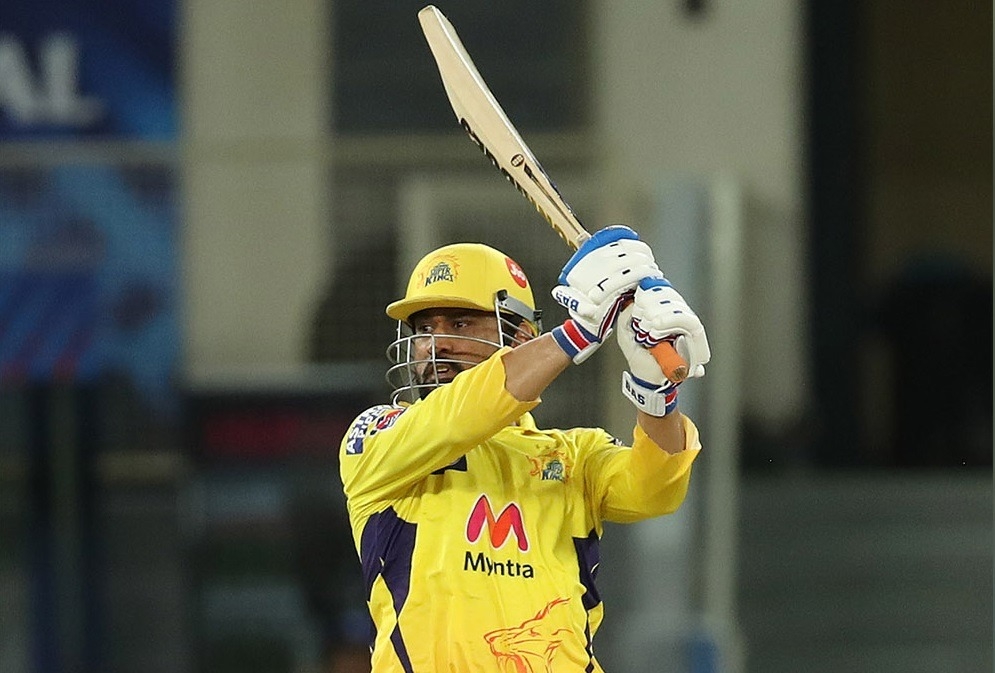 Mumbai : Former captain M.S. Dhoni turned back the clock and held his nerves to give a finishing touch to Chennai Super Kings’ memorable three-win over Mumbai Indians in a thrilling IPL 2022 match at the D.Y. Patil Stadium, here on Thursday.

It was Chennai’s second win of the IPL 2022 season and they are at the ninth spot in the table with four points while Mumbai suffered their seven consecutive loss in the tournament and are yet to win a game.

Pacer Mukesh Choudhary’s sensational bowling performance (3/19) helped Chennai Super Kings restrict Mumbai Indians to 155/7 in 20 overs despite a fighting half-century by Tilak Varma (51 not out off 43 balls). Varma top-scored for Mumbai while Suryakumar Yadav (32), Hrithik Shokeen (25), and Kieron Pollard (14) were the other contributors with the bat for them.

Chasing a modest target, CSK were also off to a poor start as Daniel Sams removed Ruturaj Gaikwad in the very first ball of the innings. Mitchell Santner, who had replaced Moeen Ali and came to bat at No. 3 looked in control and hit two fours. But, the left-hander mistimed a bouncer from Sams and got out for 11 runs, leaving CSK at 16-2 after 2.3 overs.

From there on, two veteran batters — Robin Uthappa (30) and Ambati Rayudu (40) settled CSK down with a couple of fours too as they reached 38 for 2 in the PowerPlay. Uthappa tried to get a move-on, post the powerplay, by hitting debutant Hrithik Shokeen for a six, but Unadkat returned in the ninth over to dismiss the opener with a well-disguised off-cutter. Uthappa and Rayudu stitched a partnership of 50 runs for the third wicket.

Shivam Dube (13), who came to bat at No 3, showed his clean-hitting prowess by blasting a superb offside six off Riley Meredith. Just when it looked like they will steer the chase, an Ishan Kishan stunner behind the stumps ended Dube’s stay at the crease.

Thereafter, a sharp catch from Pollard made Rayudu Sams’s fourth wicket of the night, which left the door slightly open for MI to push their way back into the contest. Meredith then dismissed Ravindra Jadeja (3) in the 16th over and conceded just five runs as the equation for CSK went to 48 off 24. But, it was Dwaine Pretorius (22 off 14) and Dhoni (28 not out off 13) who hit important runs and kept CSK in the chase till the last over.

CSK needed 17 runs in the last over and Pretorius was trapped leg-before off the first ball. D.J. Bravo came to bat next and took a single on the second ball of the over and Dhoni hit Unadkat for 6, 4, 2, 4 in the next four deliveries to pull off a vintage finish and seal victory for CSK.

Daniel Sams (4/30) was the most successful bowler for Mumbai while Jaydev Unadkat (2/48) and Riley Meredith (1/25) also chipped in with wickets.

Earlier, invited to bat first, Mumbai were off to a horrible start as pacer Choudhary dismissed both openers — Rohit Sharma and Ishan Kishan for ducks in the very first over of the innings.

Chennai could’ve picked a couple of more wickets in the second over but M.S Dhoni missed the stumping of Suryakumar Yadav and skipper Ravindra Jadeja dropped the catch of Dewald Brevis. However, CSK didn’t have to wait much for the next wicket as Choudhary got rid of Brevis (4) in his second over.

Tilak Varma then joined Yadav in the middle and the left-hander was dropped by D.J Bravo at slip. Despite all the action around him, Yadav looked comfortable in the middle and took Mumbai to 42/3 after 6 overs along with Tilak Varma, who went into the defensive mode after getting a reprieve.

Just when it looked like Yadav would continue his fightback, Mitchell Santner was back into the attack and struck to get rid of the batter for 32 as MI were reduced to 47-4.

After losing wickets at regular intervals, Mumbai were in desperate need of a partnership and two young batters — debutant Hrithik Shokeen and Verma showed courage under tremendous pressure. The duo picked a few timely boundaries to keep the scoreboard ticking for Mumbai.

They were also helped by Chennai’s sloppy fielding as Jadeja dropped his second catch and gave a reprieve to Hrithik. But the debutant couldn’t take advantage of that as Dwayne Bravo came into the attack and struck straight away to remove Hrithik (25). Kieron Pollard (13), who came to bat next, hit one six and one boundary but he couldn’t last long and got out to spinner Theekshana. Daniel Sams also couldn’t do much and perished cheaply (5).

Wickets were falling at the other end, but Verma continued his fight and hit crucial boundaries in the slog overs to bail Mumbai out of a precarious position. He got support from Jaydev Unadkat (19 off 9) as the duo remained not out and took Mumbai to 155/7 in 20 overs.