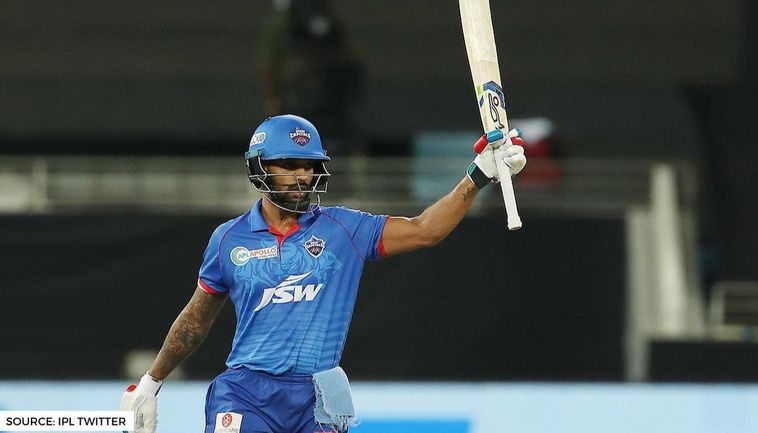 Dhawan took 47 balls to score his 46 but played the perfect foil to his opening partner Prithvi Shaw, who scored 82 off 41 balls.

The pair shared an opening partnership of 132 runs in 14 overs, putting DC in cruise control in their chase of a target of 155. Dhawan’s tally for the season stands at 311 while second-placed Faf du Plessis of Chennai Super Kings is on 270.

Shaw, meanwhile, entered the top three of the Orange Cap standings, with his total run tally of 270 putting him one run ahead of Punjab Kings captain KL Rahul.

Rajasthan Royals’ Chris Morris entered the top five of the Purple Cap standings as his two wickets against Mumbai Indians took his tally for the season to 11.

Morris is ranked fourth while Kolkata Knight Riders fast bowler Pat Cummins reached sixth thanks to his three wickets against Delhi Capitals. It took his tally for the season to nine.

Royal Challengers Bangalore’s Harshal Patel remains firmly in the top spot of the Purple Cap rankings with 17 wickets and could extend his lead on Friday in their match against Punjab Kings. He leads DC’s Avesh Khan by four wickets.