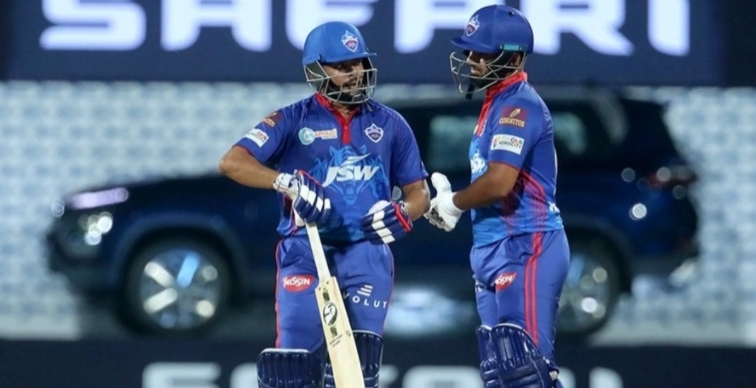 Ahmedabad,  Fresh from their victory over SunRisers Hyderabad in the Super Over on Sunday night, Delhi Capitals (DC) will take on Royal Challengers Bangalore (RCB) at the Narendra Modi Stadium on Tuesday.

Both teams are on eight points, with DC just above RCB in second place thanks to better net run rate (NRR). RCB’s NRR took a dip after Sunday’s afternoon match that saw them succumb to Chennai Super Kings (CSK) by 69 runs for their first loss of this season.

Prior to the loss to CSK, RCB had won all their four matches. While their middle-order boasts of big-hitters like Glenn Maxwell and AB de Villiers, their openers Devdutt Padikkal and skipper Virat Kohli have recently struck form.

Padikkal, who scored a century against Rajasthan Royals on Thursday, continued his good form on Sunday although it was cut short. His departure saw RCB lose track.

DC, who saw the return of Axar Patel on Sunday after the left-arm spinner recovered from a bout of Covid-19, will miss their ace off-spinner R Ashwin who left for home after Sunday’s game since he wants to be with his family during the Covid-19 pandemic.

While Ashwin said he could return later, DC don’t have much worries since the spin duo Amit Mishra and Patel look in form.

Both did well against SRH, conceding 57 runs in their eight overs, and picking three wickets.

It will be interesting to see how Kagiso Rabada & Co bowl to the likes of Maxwell and de Villiers who have played quickfire knocks. DC bowlers’ battle with these two RCB hard-hitters as well as opener Padikkal could well decide the course of the match.

DC’s top order looks settled and strong. RCB pace bowler Harshal Patel, who is the leading wickettaker in the tournament, will have to regain confidence after his last over on Sunday cost 37 runs as Ravindra Jadeja smashed him for five sixes and a four.