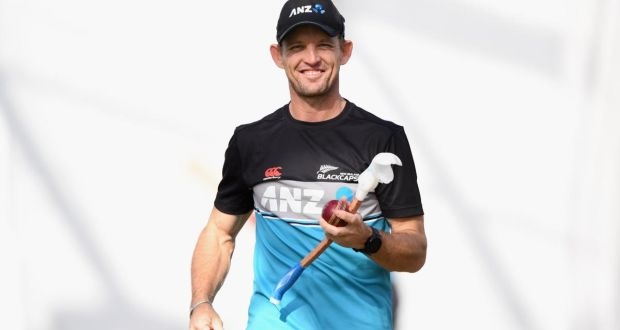 Dublin : South African Heinrich Malan has been appointed as the new head coach of the Ireland cricket team, confirmed Cricket Ireland on Tuesday. Malan will replace compatriot Graham Ford on a three-year deal and will start work from March 2022 onwards.

The 40-year-old Malan holds a Level 3 Coaching Certificate from Cricket South Africa and his recent coaching stints across 11 years include being the assistant coach and fielding lead for the New Zealand men’s team. He was also the head coach of New Zealand A and has also held the batting coach role with the senior men’s team. He is currently in charge of the Auckland Aces, which he guided to domestic one-day success in the 2019-20 Ford Trophy.

On Malan’s appointment, Cricket Ireland’s high-performance director, Richard Holdsworth said, “We are delighted to have secured Heinrich as men’s Head Coach and look forward to supporting him in taking the international men’s side forward during what will be an extremely busy period for the squad.

“Heinrich has worked in world-class environments at international and domestic levels, and has forged a reputation as an innovative coach with an interest and willingness to do things differently — taking a more holistic view of the game.”

“It’s very humbling and a huge honour to be appointed Head Coach of the Ireland Men’s team. We have an exciting squad that has demonstrated that they have the ability to compete with the best players around the world. It is an exciting challenge and something that we, as a family, are really looking forward to. A lot of credit has to go to Graham Ford, who has done a stellar job over the last four years. We have some serious building blocks in place which I believe we can build on going forward,” on his appointment, Malan said.