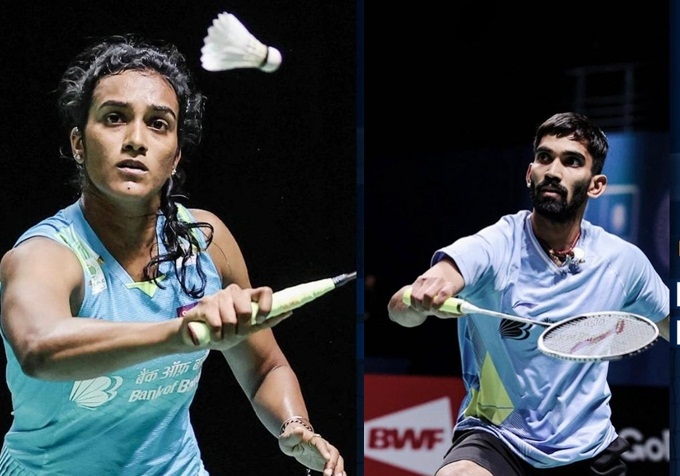 Huelva (Spain) : Former world No. 1 Kidambi Srikanth beat Mark Caljouw to reach to the semifinals of the 2021 BWF World Championships and assure India a medal but defending champions PV Sindhu lost to Tai Tzu Ying and was knocked out of the tournament, here on Friday.

Reigning world champion Sindhu had a nervous start with Tai Tzu rushing to the 9-3 lead in the first game. She amped her pace with aggressive cross-court shots but the Chinese Taipei shuttler was clever with her deceptions and managed to win the opening game.

In the second game, Sindhu gave better competition to her opponent but could not quite take a sizable lead at any point. Tai Tzu frequently employed her drop shots to catch the Indian out and after being tied 12-12 in the second game, the Chinese Taipei shuttler surged ahead to wrap up the match.

This is the first time that world number one Tai Tzu has progressed past the quarters at the badminton world championships. She had defeated Sindhu in the semifinals of the Tokyo Olympics earlier this year.

The Indian used his cross-court smashes to perfection and gave Caljouw no chance, winning the quarter’finals quite comfortably in 26 minutes.

This is Srikanth’s first semifinal appearance at the world championships. With this, he has now ensured his first and India’s 11th medal at the World Championships.