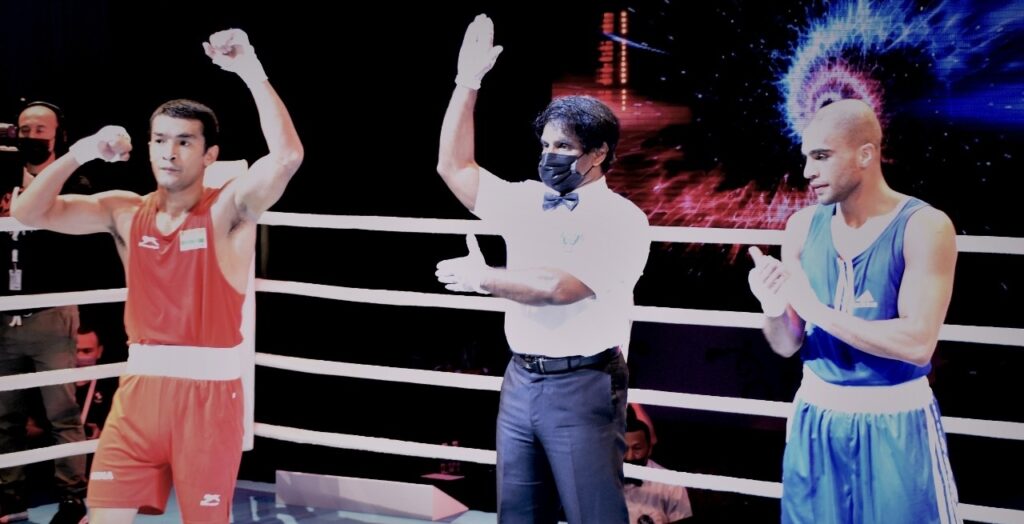 New Delhi, When India’s seasoned boxer Shiva Thapa steps into the ring for the men’s 64kg semi-final match of the Asian Boxing Championships on Friday, he will be keen to turn his fifth continental medal into gold. He is already assured of bronze.

Thapa will play Bakhodur Usmonov of Tajikistan in the semi-finals.

“This is my fifth medal in the history of the championships and many people have followed my journey since Amman 2013. I am looking forward to my semi-final against the defending champion,” Thapa was quoted as saying by AIBA, the world boxing governing body.

Thapa, 28, is the first Indian to achieve the feat of winning five medals at the Asian Championship.

Kazakhstan’s Vassiliy Levit is the other male boxer to win five medals in the history of the tournament.

The Assam boxer was candid in saying that his Kuwaiti opponent Nader Obah in the quarterfinal was strong. “He had powerful punches, which came to head several times, and I had to be careful the whole bout,” he said in the post-match interaction.

The 2015 world bronze medallist was the recipient of the prestigious Arjuna Award in 2016.

In 2012, Thapa became the youngest Indian boxer to compete in the London Olympic Games. He also qualified for the 2016 Rio Olympics but failed to qualify for the upcoming Olympic Games in Tokyo.

“These days domestic competition is tough in some weight categories. There are good boxers in Thapa’s group like Manish Kaushik who has qualified for the Tokyo Olympic Games in the men’s 63kg. To make the cut for major tournaments in future Thapa should pack more power in his punches,” said a national coach.