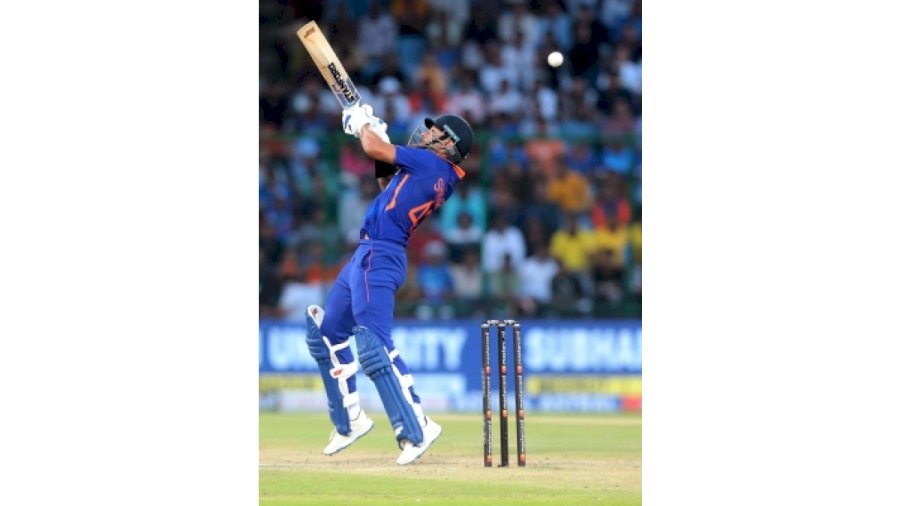 New Delhi : Ahead of captaining India in the upcoming three-match ODI series against New Zealand from Friday, left-handed opener Shikhar Dhawan feels that him being calm and compassionate as a person have led to him coming good in a leadership position on the field.

Dhawan first captained India on a tour to Sri Lanka in July 2021, where India won ODI series 2-1. He then led India to series wins over West Indies by 3-0 in July and then over South Africa by 2-1 in October.

“Also, my calmness, especially on the field, is a big strength as a leader. Being calm and compassionate allows me to lead well. I can then handle things aaram se (with ease) and not panic. Mistakes could happen during a match, but how to absorb that and ensure the boys are kept enthusiastic so they can get us out of pressure situations is what I have learned.”

“I always used to see good potential in me as a leader, and thanks to God, captaincy has now fallen in my bag. I was captain against West Indies and South Africa, and we won such amazing series,” Dhawan was quoted as saying by ESPNCricinfo.

Asked on how being calm and compassionate has benefitted him now as a captain, Dhawan added, “When you become captain, a lot of responsibilities come on you – you have to think of the whole team, how to keep the atmosphere good. I did not need to tweak too much because even as a player, I always mingle with the group easily. That has been my nature and it has benefited me as a captain now.”

Dhawan went on to enlist presence of mind, smartness, and decision-making as his other essential strengths as a leader. “As you play more, you get confident in the decisions you take. Earlier, there used to be instances where I would give an extra over to a bowler out of regard (for him). But now, as I have matured, even if someone is feeling bad, I will take a decision that will help the team.”

Dhawan, 36, was recently made captain of IPL team Punjab Kings, who had fallen short of reaching the playoffs in the last four seasons of the tournament. Quizzed on how he would get to leave his mark as a captain in the Punjab set-up, Dhawan explained that he won’t be depending on the baggage from the past failures of the side.

“I will make sure that the support staff and I create an environment where the players are comfortable. I want my boys to be themselves while also understanding their responsibilities. I want us to be relaxed but also focused. We are playing the IPL.”

“We are living our dream. And when you are living your dream, it should be full of happiness and not stress. With love you can conquer anything. The (IPL) trophy is not a challenge too far out of our reach.