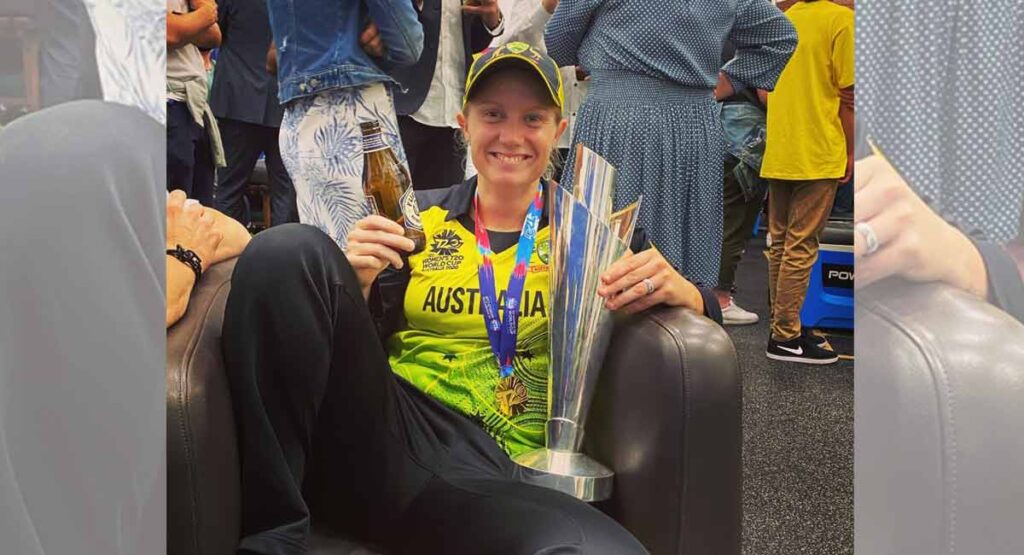 Dubai : Australia opener Alyssa Healy has been named the ICC Women’s Player of the Month for April following her exploits at the ICC World Cup in New Zealand last month.

The 32-year-old wicketkeeper-batter stood out by scoring 170 from just 138 deliveries in the World Cup final to guide Australia to the title and in the process ensure she beat England batter Nat Sciver and Uganda all-rounder Janet Mbabazi for the monthly ICC award.

Healy’s innings during the World Cup decider was high on skill and class as she scored at will against a world-class England bowling attack.

The right-handed opener put on 160 for the first wicket with Rachael Haynes and then another 156 with Beth Mooney for the second wicket as Australia amassed a sizeable score of 356/5 with the bat in 50 overs.

That was always going to be difficult for England to chase down, as Australia restricted their rivals to 285 in reply to clinch a seventh World Cup title at Hagley Oval in Christchurch.

“For those that were at the game or tuned in across the globe, they saw something extremely special in a World Cup Final,” said voting panel member and four-time World Cup winner Lisa Sthalekar about Healy’s innings.

Fellow voting panel member JP Duminy said, “A performance that has certainly taken the world by storm and to do it in a final says a lot about the character of this woman. A pioneer in the woman’s game that has set the bar extremely high.