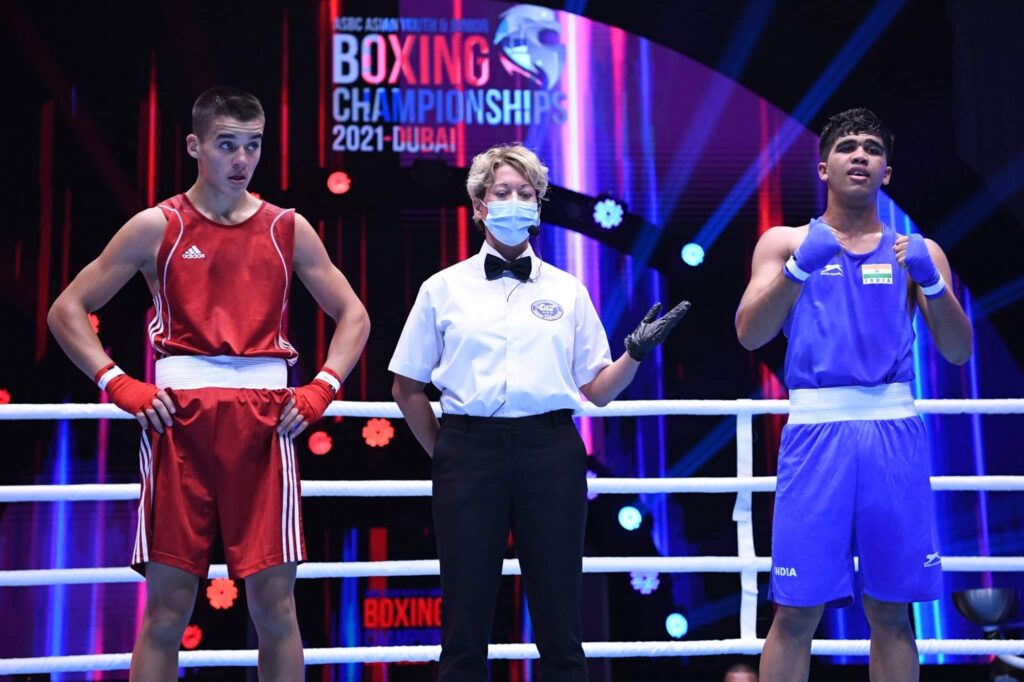 Three other Indians, Ashish (54kg), Anshul (57kg) and Bharat Joon (+81kg), too, put up impressive performances to progress into the last-4 stage on the third day of the prestigious continental event. Earlier Rohit Chamoli (48kg) and Ankush (66kg) had secured their places in the semifinals in the junior boys’ event.

Gaurav, who hails from Haryana, looked in good touch and, despite some resistance from his Kyrgyz opponent, he did not lose control before securing a 4-1 win in the light middleweight category.

Ashish and Anshul too were dominant against their respective opponents, Rahmanov Jafar from Tajikistan and local favourite Mansoor Khaled respectively. While Ashish notched up a comfortable 5-0 win, Anshul’s strong blows and continuous attack forced referees to stop the contest in the first round of the match itself and give the result in the Indian’s favour.

Bharat had to work hard during his narrow 3-2 win in the quarterfinal against another Uzbek pugilist Kenesbaev Aynazar Tolybae.

It is the first time that both the age groups-junior and youth-are being played together in the Asian Championships.

India boxers have already assured the country more than 25 medals in the event.