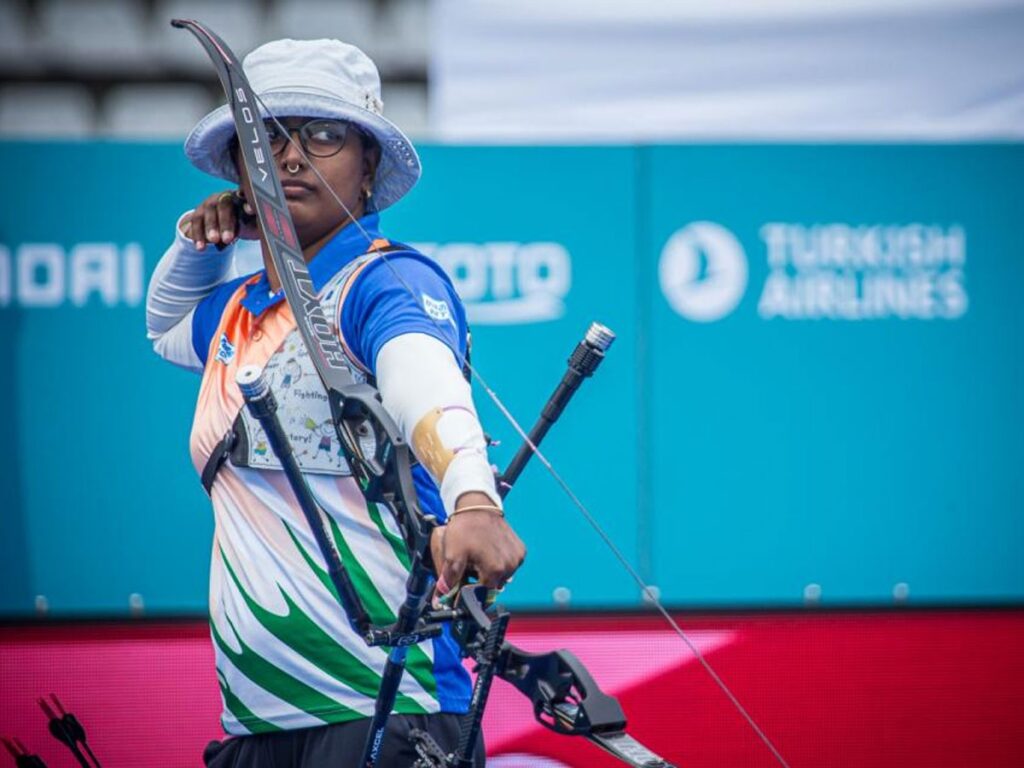 Tokyo,  India’s Deepika Kumari lost her quarterfinal match in the women’s individual event to top seed An San of South Korea at the Tokyo Olympics on Friday.

The world No. 1’s campaign in Tokyo was brought to an end with a 6-0 loss to the rankings round topper An at the Yumenoshima Park Archery Field.

Deepika began the second set with 10 while An shot a 9. But the Indian could not follow up her 10 with a strong score, hitting just 7. An improved on the second arrow with 10.

Both An and Deepika hit 7 on the final arrow. But An’s better scores in the previous two arrows ensured that she took the second set, extending the lead to 4-0.

In the third set, An and Deepika did not hit a 10. But the 20-year-old Korean had one 8 and two 9s as compared to Deepika’s 7, 8 and 9. It was more than enough for An to win the set and clinch the match in her favour.

The duo had met in the final of the Test Event at the same venue two years ago with An San winning in straight sets. The 20-year-old An had earlier won the gold medal in mixed and women’s team event at the Tokyo Olympics.

Earlier, Deepika beat Ksenia Perova of the Russian Olympic Committee (ROC) 6-5 in a shoot-off to enter the last eight. Deepika shot a 10 off her shoot-off arrow while Ksenia managed only seven.

India are now left with Atanu Das, Deepika’s husband in archery at the Olympics. Das is in the round of 16 of the men’s individual event and will face Takaharu Furukawa on Saturday.