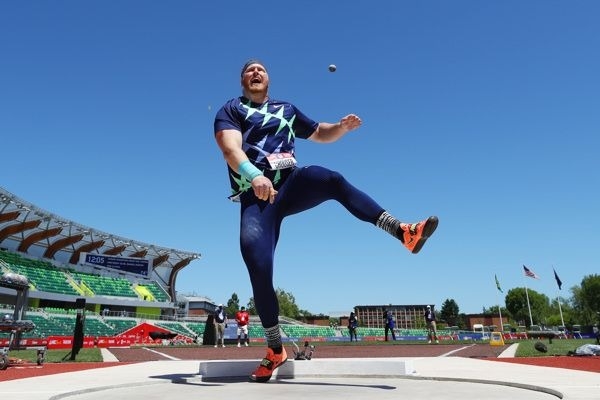 “It is a really special moment for me on my first time at the new Hayward Field. I’ve wanted that world record for so long, it feels like a weight has been lifted. I knew the strength and the power was there, I just had to get it into the ball. I’ve been thinking about this moment since I started throwing. To finally do it is pretty special,” the 28-year-old told World Athletics late on Friday.

Two-time world champion Joe Kovacs was the other thrower who crossed the 22m mark half way through the competition.

Crouser’s fourth attempt landed at 23.37m, which was 25 centimetres better than the previous world record set by Barnes in 1990.

The American’s fifth attempt was a foul. He ended his series with 22.62m.

Kovacs improved to 22.34m in the final round to take second place, more than a metre behind Crouser.