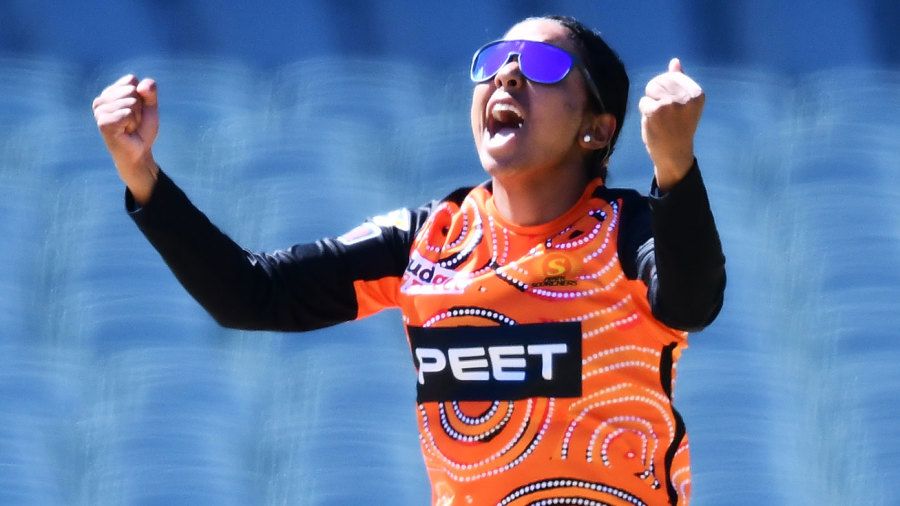 Melbourne : The uncapped spinner Alana King on Wednesday was picked ahead of fellow leg-spinner Amanda-Jade Wellington in Australia’s squad that will take on England in a multi-format Ashes series, starting on January 20.

The 26-year-old King put up good performances for current champions Perth Scorchers in the WBBL, picking up 16 scalps at 18.25. However, Wellington also enjoyed a strong WBBL season, bagging 23 wickets at 16.26 which included her spell of 5 for 8 in the Eliminator.

Meanwhile, Jess Jonassen and Megan Schutt – who both missed the series versus India due to injury and parental leave – have returned to the squad. However, Australia are still missing out on the services of their spinners – Georgia Wareham (ACL injury) and Sophie Molineux (foot injury).

On the other hand, seam bowler – Stella Campbell, recently made her ODI and Test debut against India, has been left out of the 15-member squad.

National Selector Shawn Flegler admitted selecting the squad was a painstaking task given the overall quality across Australia at present.

“This was a tough selection process with so many players coming off strong WBBL tournaments, but we’re confident we’ve selected a balanced, all-round squad with players who can perform across all three formats.

It’s great to have Rachael Haynes and Megan Schutt back in the side having missed the India series due to personal reasons as well as Jess who’s recovered from a lower-leg injury; the experience those three bring to the side is invaluable during a series like the Ashes,” said Flegler.

“The loss of Georgia Wareham to injury has presented Alana King with a great opportunity to show what she can do at this level and having improved in all facets of her game over the last few seasons, she’s well placed to play an important role in the series.

As expected, Sophie Molineux will miss this series due to the stress fracture in her right foot that she suffered at the back end of the WBBL, but we’ll continue to monitor her in the lead up to the World Cup with the aim that’s she’s available for that tournament,” he added.

The multi-format series begins on January 20 with three T20ls at Adelaide Oval, followed by the Test match at Manuka Oval in Canberra from January 27. Manuka Oval will also host the first ODI, a day-night clash on February 3, before moving to Melbourne’s Junction Oval, with ODIs two and three on February 6 and 8.