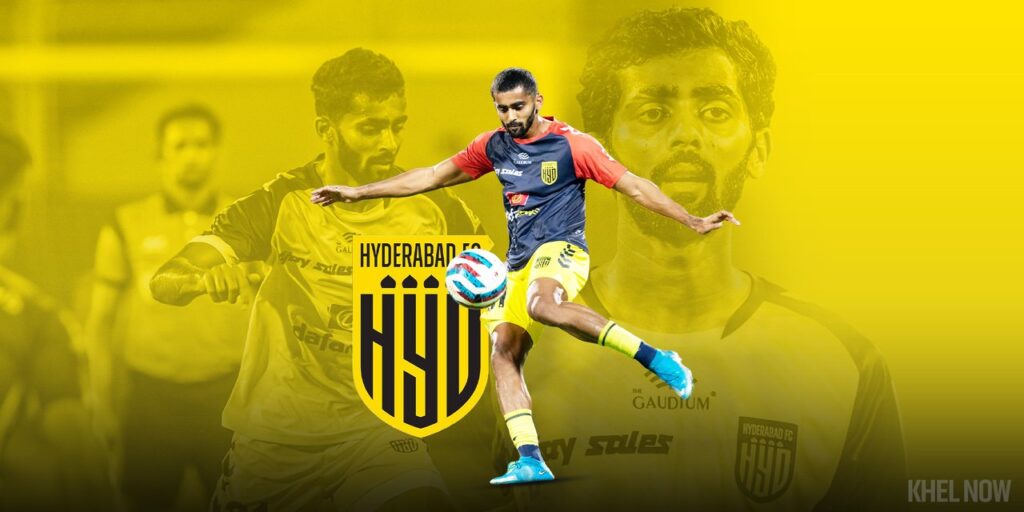 Hyderabad : Young full-back Akash Mishra has signed a three-year contract extension; till the end of the 2024-25 season; with Indian Super League champions Hyderabad FC, the club announced on Tuesday.

Mishra, who came to Hyderabad as an exciting prospect, has gone on to become an integral player for not just his club, but even the country over the last two years.

A vital part of Manolo Marquez’s HFC, Mishra has been one of the first names on the team sheet for the Spaniard, having played more minutes than any other player in yellow and black, in the last two Indian Super League seasons.

He played every game for Hyderabad in the historic, title-winning 2021-22 ISL campaign and is excited to continue the progress at the club for years to come.

“As a club, we’ve been through a lot in my two seasons here. Even before we became Champions, I have an emotional attachment to the club and it was an easy decision for me to stay,” Mishra said.

Mishra broke into the Indian national team after his performances for the club last season and is now a regular for Igor Stimac’s Blue Tigers.

He was also named the ‘Young Player of the Year’ in the Football Players Association of India awards earlier this week and is one of the most exciting prospects in Indian football.

But the 20-year-old knows that there is a lot more to learn from the Boss, Manolo Marquez.

“You don’t have to convince a player to play for Coach Manolo. Anyone who has played under him will tell you how good he is on and off the field. I have learned a lot from him and I hope I can continue learning in the years to come,” added Mishra.

Mishra has been one of the most consistent performers for Hyderabad FC since making his debut a couple of seasons ago and has soon grown into a fan favourite at Hyderabad.